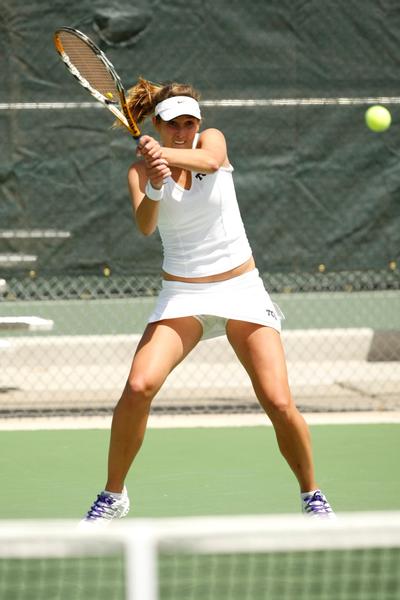 The women’s tennis team will put its undefeated record against the University of Texas-Pan American on the line at home this weekend in its spring season opener.

The Frogs have only competed against the Lady Broncs four times in the history of the program, and TCU won each meeting. The last time they met was in 1998.

This season marks head coach Dave Borelli’s first game back with the women’s team since 2006. Borelli was the men’s coach until last year, when it was announced he would be returning to coach the women’s program.

Borelli said he had long-term expectations for his team.

“I think our goal this year is just to get to know each other better and try to build a good base for the program for the future,” Borelli said.

Borelli said he was not as concerned with winning or losing this season.

“That’s going to come through time,” he said. “Wins will come too.”

Senior Katariina Tuohimaa, one of three seniors on the team, said the team’s goal was to win the Mountain West Conference title this season.

Senior Maria Babanova said that this year’s season opener would not be as hard as last year’s, when they lost to Vanderbilt.

“It’s always hard to start the season, but I’m really excited about being a senior,” Babanova said.

She said that she was hoping to continue the winning streak against UT-Pan American.

“I’ve never even heard of that school, but we have to be prepared anyway,” Babanova said.