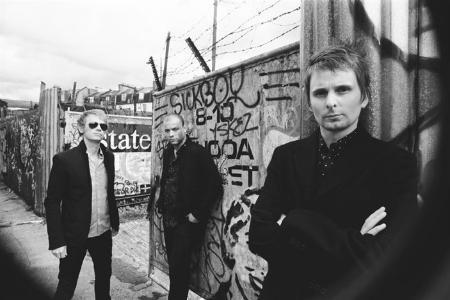 Muse’s new album, “The Resistance”, released Sept. 14, contains 11 tracks that confirm the suspicion their last album gave us: they are stepping further away from rock and closer to synthpop.

As the album title suggests, many of the lyrics deal with mentally resisting the social and political pressure to throw away critical thinking. The lyrics are well-written, but they are also one of the few interesting aspects of this album.

The band stuck with the otherworldly sound that they broke in three years ago on their last album, “Black Holes and Revelations.” Unfortunately, they did nothing to freshen it up. The rhythm section on “Undisclosed Desires” will quickly sound familiar to anyone who has heard their single “Supermassive Black Hole.” The title track, “Resistance,” has definite likenesses to their last album’s closing track “Knights of Cydonia.” The fifth track, “Guiding Light”, is just a new version of their 2007 single “Invincible.” In fact, almost every track sounds like a rehashed version of a song from their last album.

Furthermore, frontman Matthew Bellamy seems to be trying to make up for the predictability of his vocal intonations by making them even more over-the-top, creating a sad and shaky place where vibrato goes to die. The three-track symphony that closes the album seems like a cool idea, but it’s so similar to everything on their albums: opera meets rock, and Bellamy narrates in falsetto. It grows old quickly.

However, there are a few interesting elements: “United States of Eurasia (+Collateral Damage)” surprises the listener by featuring a breakdown that sounds heavily influenced by traditional Eastern music, forcing the listener to tie the oddly juxtaposed Western and Eastern sounds in with the political implications of the title. “Unnatural Selection” makes up for its boring chorus with its verses, which hold electrifying riffs and distorted vocals. “I Belong To You” takes the listener on a ride of three unexpected transitions with a great mixture of piano, synth and percussion. And while the album flaunts Bellamy’s vocal predictability, any fan will be glad to know that the singer is back at his tricks on the piano – arguably where most of his talent lies.

Regrettably, the aforementioned factors do not save the album. They are more like your favorite parts of your least favorite movie. It is completely disappointing because each member of the trio possesses a staggering amount of talent, and their work has shown stark originality in the past. Given their upcoming tour with British rock gods U2, I was hoping that they would showcase a newly defined, ground-breaking sound that really embodied their growth as a band, and instead they basically re-released their last album. It’s unclear whether they are losing their songwriting skills or if they have simply run into a musical rut. One can only hope it is the latter.

See Muse open for U2’s 360Ã¸ Tour on Oct. 12 at the Dallas Cowboys Stadium in Arlington.