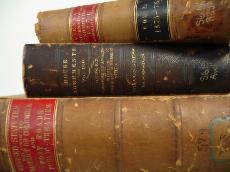 Michael Lauck’s point about increasing government regulation, while true, avoids the basic truth that we as members of society reap what we sow. If there weren’t so many people proven to be talking or texting on a phone when they got into an accident, then we wouldn’t need so many laws about what we may or may not do. Let’s face it: we haven’t exactly shown ourselves to be the safest drivers, and when it comes to school zones, I for one wouldn’t mind a few less children getting hit per year, even if it means (God forbid) I have to wait 30 seconds to call someone.

The government has a responsibility to protect its citizens and it’d be tough to argue that a) preventing people from being distracted in school zones, and b) making sure everyone wears a seat belt, have the potential to hurt people. Now, I know Lauck asserted that “there are many studies that say that buckled drivers are also more likely to get in accidents because they feel safer in their cars,” but not only have I never seen such a study (through an admittedly brief Google search), not all accidents are the driver’s fault.

It seems to me that we hear about more people dying because the other driver was drunk or on the phone than the drunk/distracted drivers dying themselves. And if you want to say that your life is your own, and you can choose whether or not to wear a seat belt, I have to ask: How lazy are you? You can’t go three seconds out of your way each time you drive to potentially save your life?

I also want to talk about Lauck’s accusation that all these new laws are a way to increase the income of police departments. Even if it’s true, so what? We need the police force to survive as a country, and in today’s economy, the budget of those paid to save our lives and maintain order in society is shrinking fast. They have two options: raise taxes (i.e. make everyone pay) or increase fines (i.e. make people who break the law pay).

I don’t know about you, but I much prefer the latter to the former. And as for his use of Benjamin Franklin’s famous quote (“They that can give up essential liberty to obtain a little temporary safety deserve neither liberty nor safety.”), since when has talking on a cell phone for 30 seconds less than your normal daily amount violated an “essential liberty?” It seems to me that if we just calmed down and accepted that there are good reasons for the laws that are passed, we would realize that laws are there to save lives.

Marc Sebo is a freshman philosophy major from Plano.