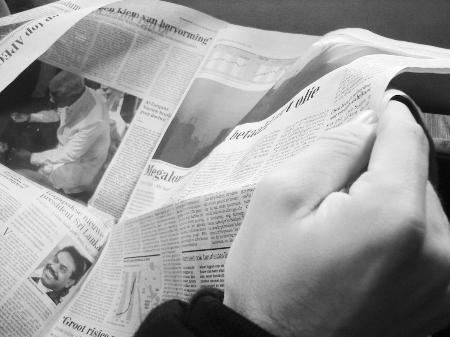 I was disappointed to hear about a certain video post that was uploaded to the Daily Skiff Web site last week. In this video, members of the Skiff can be found mocking the fraternity community. It appears the Skiff has deemed brands of frat clothes and shoes to be newsworthy as well as philanthropies. I do agree with the Skiff in one aspect. Philanthropies are newsworthy because they raise money for international charities. However, the video mocks the efforts of the Greek community to raise money and awareness about Greek philanthropies.

I find the video to be classless, in bad taste and a representation of the fundamental problem that has been perceived to surround the Skiff for years. While the Greek community has continuously made efforts to become more inclusive, the Skiff has been stagnant in its efforts to promote campus community and equality. While the adviser of the Skiff cites stories pertaining to Greek life to be in large numbers, I suggest that members of the Skiff be more concerned with the reputation and stereotype surrounding the publication. Last, in terms of equality, the majority of stories are not about the hundreds of thousands of dollars raised or community-wide philanthropic efforts. Rather, they focus on negative aspects of the Greek community.

I find it ironic that the Skiff published a letter regarding sportsmanship, then a day later posts a video that is anything but tactful, not to mention targeted toward a group of students from its own university. The Skiff should not try to perpetuate stereotypes on campus but use its power to help represent the entire student body equally.

While I understand the video was created to be humorous, the lack of judgment on behalf of the Skiff should be of concern to the overseers of university publications.

I hope that this is the first and last situation of this type that will occur on behalf of the Skiff. I also hope that the Greek community continues to find pride in its efforts to not only support the entire student body, but also the local and global communities through its efforts in philanthropy and community service.

Evan Berlin is a senior advertising and public relations major from The Woodlands.