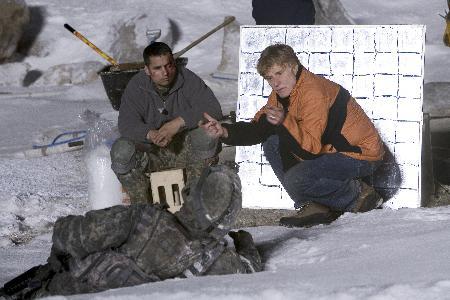 We’ve seen him as a Chicago teenager in “Risky Business,” a fighter pilot in “Top Gun,” a secret agent in “Mission Impossible,” and now we’ll see him as a senator under pressure in the new drama “Lions for Lambs.” In the new Robert Redford-directed film, Tom Cruise plays Senator Jasper Irving, a politician with big plans for the war overseas.

The movie, which opens nationwide Nov. 9, features a star-studded cast including Meryl Streep (The Devil Wears Prada), Michael Pena (Crash) and Robert Redford (All the President’s Men, The Natural).

This epic drama centers around three story lines. While Cruise plays a congressman backing a secret plan he thinks will help the war, Streep plays a journalist who questions Irving’s motives as a senator and her own place as a journalist. Simultaneously, in a different part of the country, Redford is trying to reach one of his students who has lost faith for the future.

The movie was cynical and heavy-handed and, although it was aimed at youth, it will have a hard time finding an audience because it lacks diversity. There are only three scene changes, and they are indicative of each different story line. There is a lack of action in the film and a lot of talking. Young people will get bored with the lack of movement and the amount of dialogue. A lot more could be said by not saying so much.