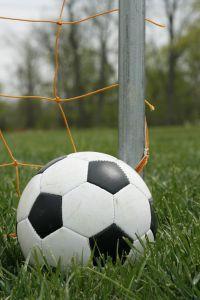 You probably hear it all the time from avid players and followers of soccer: “Just give it a try. It’s the most popular sport in the world. I promise you’ll like it.”

But being in a part of the world where American football, baseball and basketball reign supreme, there’s little chance you’ll take your soccer-loving friend up on his or her offer.

“It’s too boring, there isn’t enough scoring and everybody on the field flops trying to draw a penalty,” you say to your friend, who scoffs at your response.

Despite some beliefs concerning the sport, there is little doubt that it is in fact the most popular sport in the world, and it will reach the level of popularity it deserves in the United States in the near future. The billions of other people that enjoy the sport can’t be wrong, can they?

North Texas is a hotbed for soccer activity. Youth leagues, club teams, high school squads and teams at the college level are numerous. Some children, like me, spend the entirety of their youths playing and loving the sport of soccer.

But something is clearly missing from the local soccer scene – a men’s team at TCU.

Yes, we have a women’s team that draws a lot of support and has had recent success under head coach Dan Abdalla, but the absence of a men’s team is both inexcusable and unexplainable.

Our neighbor to the east, Southern Methodist University, has a men’s team and a women’s team. SMU’s men’s team has consistently been one of the top soccer programs in the nation. Sixteen players on their current roster are from places around North Texas.

The Final Four of the NCAA Men’s Soccer Championship were held in Frisco last month. Each of the four remaining teams had two players from the North Texas area.

As I said before, not only is our area thriving with soccer activity, it is overflowing with talent- – talent just waiting to be put to use at the college level.

Athletic officials at our university should seriously consider taking the appropriate measures to bring back a men’s soccer team.

Funding was apparently the problem when the last men’s soccer team at TCU was forced to fold after the 2002 season, but now that our school is firmly entrenched in the Mountain West Conference I believe an attempt should be made to resurrect the team. There is far too much untapped local soccer talent near TCU for officials not to consider getting a team started up once again.

Only four of the nine schools in the Mountain West have a men’s soccer team. It’s time to add a fifth.

The likeliness of this happening anytime soon is undoubtedly low. But I’m begging you, university officials, just give it a try – I promise you’ll like it.