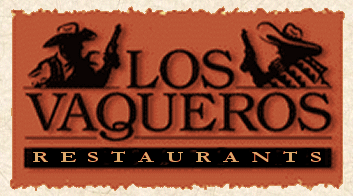 After just under one and a half years in business, Los Vaqueros owners Vicki and Johnny Cisneros closed the doors of their campus-area restaurant located on West Berry Street.

Cisneros said she loved the customers from the university and that the restaurant generated a wonderful group of people. However, problems with the location, such as faulty elevators, frequent fire alarms, limited parking and high rent, forced the couple to end their lease prior to its expiration, she said.

“It was hard for us to leave,” she said. “It was just little things that created big problems for us from an economic standpoint.”

Cisneros said the retail management company in the GrandMarc was not able to provide the restaurant with the amenities they had agreed to, but that the company was very responsive to her e-mails and phone calls.

“The parking was an ongoing issue for us and we didn’t want to take action against students who were parking in the garage because they were also our customers,” Cisneros said.

Cisneros declined to elaborate on the specifics of the amenities that had not been provided, but said she and her husband had been approached about opening another restaurant very close to the former location under the GrandMarc. They are considering the possibility, she said.

Cisneros said in addition to the parking issues, the building’s fire alarms would also go off periodically and customers in the restaurant would vacate, even though the alarms were false.

The cost of rent was also extremely high when compared to the cost of food items on the menu, she added.

The combination of problems caused Cisneros to spend extra time at the location on campus, a relatively small space, preventing her from working at the two other Los Vaqueros locations, she said.

“I was very overwhelmed by the amount of phone calls and e-mails and people that told me “We hate to see you go,'” Cisneros said.

Blake Hartle, junior strategic communications major and Los Vaqueros customer, said he was disappointed by the restaurant’s closing because he enjoyed the food.

“(The closing) will leave a little bit of a void and there will be some disappointment among students because I know a lot of TCU students worked there too,” he said.

Susan Boze, a property manager of The Retail Connection, said she would not comment on the situation because of legal matters.

All discounts, pep rallies and bands playing on the days of football games will now be shifted to other Los Vaqueros restaurant locations, she said.