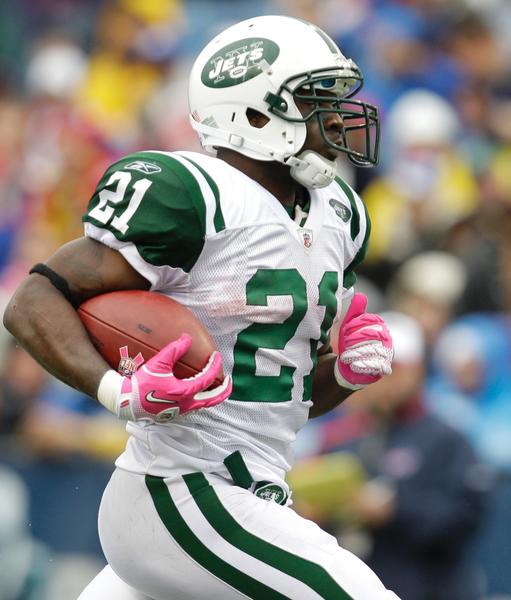 LT was drafted fifth overall in the 2001 NFL draft and many experts thought this was a questionable high pick by the San Diego Chargers. Since day one of his career, Tomlinson has proved them wrong. LT has been selected to attend five pro bowls and won the NFL Most Valuable Player Award and the Associated Press’ Offensive Player of the Year Award in 2006. He was also co-winner of the Walter Payton Man of the Year Award, given annually honoring a player’s volunteer and charity work, as well as his excellence on the field.

He also holds numerous records, including the NFL record for single season touchdowns in which he scored 31 times, 28 of those coming on the ground. Tomlinson continued to prove those skeptics wrong as he ran right past Dorsett’s rushing numbers.

It happened on a five-yard run near the end of the first quarter in the Jets game against the Buffalo Bills. Tomlinson needed only 42 to pass Dorsett as he had entered the game with 12,698 rushing yards.

Tomlinson finished the game with 133 rushing yards, 26 receiving yards and two touchdowns to help lead the Jets to a 38-14 victory over the Buffalo Bills, their division rival. This was Tomlinson’s first 100-yard game in nearly two seasons.

He now has 12,831 yards in his career. Tomlinson’s two touchdowns push his career touchdowns up to 156, with 141 of them coming on the ground. He ranks third on the NFL touchdown list behind Jerry Rice (208) and Emmitt Smith (175).

So far this season LT has 341 yards over the first four games, averaging over 85 yards a game. If Tomlinson is able to keep it up, he should move above both Dickerson and Bettis, being fifth in career rushing yards by the end of the season.