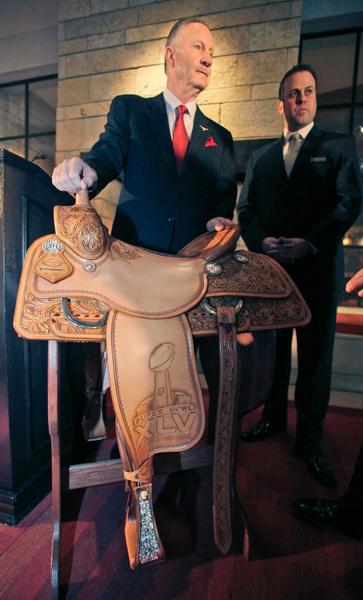 Fort Worth Mayor Mike Moncrief announced at a press conference last Thursday that he will not run for a fifth term in the upcoming May 14 mayoral election. When Moncrief was elected mayor in 2003, he said he did not believe a mayor should serve more than four terms.

“Therefore, I will not seek re-election to a fifth term as your mayor,” Moncrief said to Fort Worth residents at his press conference.

The Skiff staff was unable to reach Moncrief by phone, and city officials declined to comment.

Junior biology major Deanna Kelley-Hill said Moncrief not running for re-election shows that he wants to bring progress and change to Fort Worth.

“It just shows how much he loves his community that he wants it to progress,” she said. “And if it means by him stepping down for someone else to take over, then that just shows what a huge sacrifice he’s making for the love of his community.”

Political science professor James Riddlesperger said Moncrief “has acted as a liaison between Fort Worth and the community of TCU.”

When TCU athletics came into the spotlight in recent years, Moncrief became more vocal about the TCU community. Moncrief stayed true to the tradition of Fort Worth and was very popular citywide, Riddlesperger said.

Kelley-Hill said it seemed like Moncrief was a huge TCU fan and loved the Fort Worth and the TCU communities. She and Mills cited the bets Moncrief made with the Boise, Idaho, Mayor David Bieter and Madison, Wis., Mayor Dave Cieslewicz over the outcome of TCU’s BCS bowl games as evidence of that love.

The current candidates for the next election include Fort Worth City Council member Cathy Hirt, former Council member Jim Lane and Tarrant County Tax Assessor-Collector Betsy Price, according to The Dallas Morning News.

The candidates said they planned to formally file for the election on Monday, the first day candidates can do so, according to the Fort Worth Star-Telegram.

Riddlesperger said Hirt was a representative of TCU in the past while she was a member of the City Council.

Mills said she thought some people might be thrown off by Moncrief not running for re-election because Fort Worthians have voted for him for four terms. It is uncertain how this will affect Fort Worth, she said.

Moncrief told the Star-Telegram that he didn’t plan to endorse any of the candidates for now.

A lifelong Fort Worth resident, Moncrief said that despite concluding his term, he plans to “spend many Saturday afternoons at Amon Carter [Stadium], rooting on the Frogs [and] days and nights cheering for the TCU baseball team.”

After almost 40 years of service, Moncrief told the Star-Telegram he planned to spend more time with his family and still be an active member of the Fort Worth community.

Moncrief and his wife, Rosie, have two sons, four grandchildren and one great-grandchild