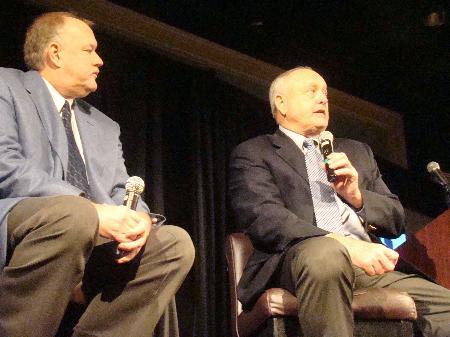 My nephew asked for a cell phone for his last birthday. He said he needed it and that he would be the only one of his friends without one. Exactly why an 8-year-old would need a cell phone I may never understand, but according to a Kaiser Family Foundation study, parents seem to agree that their children should live media-saturated lives.

According to the study conducted in 2008, Americans age eight to 18 spend an average of nearly seven hours and 40 minutes in contact with various forms of media, up an entire hour from the study conducted in 2003. This means that of the nine hours of time when young Americans are awake and not in school, only one hour and 20 minutes are spent not absorbing media content. Of course, when you include time talking on the phone, listening to music and reading books, newspapers or magazines, the number is bound to go up.

One problem many parents have with so much media and technology use is concern for their child’s health and development. This is a valid concern because the study showed that those who spent the most time absorbing media performed worst in academic settings. However, the average time spent doing physical activity was actually up 20 minutes from the 2003 study.

Though I agree parents should monitor the access their children have to various media (especially the Internet), I honestly see no harm in allowing their children to spend the time not spent on school work in contact with media content. If we include books and newspapers in this category, media content can often do a great deal of good.

As a college student, I am constantly using my phone or computer, reading a book or listening to music. I listened to music as I typed this on a computer, and I’m the last person who will advise limiting media contact.

The fact is, people will be left behind if they do not allow themselves to connect with the world, and the best way to do so is through computers, phones, TVs, audio devices and print media. Perhaps that is upsetting, but it’s the world we live in. We’ve all become media multitaskers because there are precious few other options.

Obviously we should not allow our children, whether we have them now or in the future, to run amok when it comes to technology. We should make our children turn off the TV while doing schoolwork and leave the cell phone off during family time (and we should have family time), but they should also be allowed to spend time connecting with the rest of the world.

As long as we keep it under control, there’s no problem with spending many hours in contact with media and technology.

Kayla Mezzell is a junior geography and news-editorial journalism major from Mesquite.