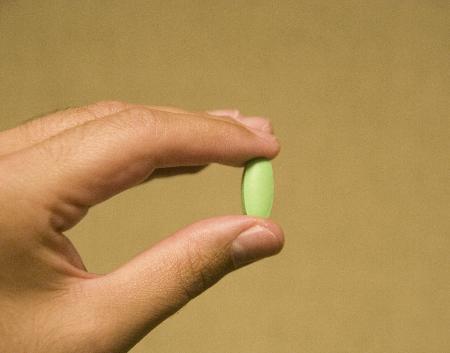 As if doctors and insurance companies didn’t have enough to worry about with the current health care debate, a new controversy has come to the surface.

For some reason, doctors have been elevated to an infallible status. Patients expect their doctors to know what’s wrong, how to cure it and how long it will take. So unfortunately, lawsuits abound in medicine when doctors make “medical mistakes.” Apparently, doctors are supposed to be perfect, too.

According to a Hearst Newspapers report, almost 200,000 people die a year due to medical mistakes.

This doesn’t help those who are against universal health care. Americans who are crying for government-funded health care cite medical mistakes as another reason why we need universal, free health care.

But there are other considerations that must be taken before we jump to that conclusion.

First, there is the issue of comparison. We must look to other countries with universal health care, countries like Canada.

According to the Canadian Association of Transplantation Web site, more than 4,000 Canadians were on donors’ lists in 2005, but just a little more than 1,800 transplants were performed. Furthermore, 275 Canadians died on the operating table that year.

But I digress. After all, organ donation is unrelated to medical mistakes. The fact that people die while waiting to receive vital organs is not a mistake. It can’t be controlled, right? When we deem something a medical mistake, we infer that the doctor is to blame. But everything from a faulty incision that causes a patient to bleed out to a skin disease that is not properly treated has been deemed a medical mistake. In that case, something as serious as the failure to get a dying patient his or her organ should also be labeled as such.

At this point, doctors are not only expected to be able to tell us what we have and treat it accordingly, but they are also supposed to be medical psychics. We expect them to tell us when we will get our organs.

Naturally, President Barack Obama has milked as much as he can from medical errors, which is not much. The same Hearst report stated Obama “supports a provision in the House legislation to mandate the reporting of hospital-acquired infections,” and he “is not pushing to require hospitals and doctors to report all errors – something sought by consumer groups and some lawmakers.”

Clearly, he notices how weak of an argument it is. But he is sending mixed messages, as if he wants to use it as evidence but knows it is futile.

If the president thinks detecting medical mistakes is “one of the most important goals” of the new health care plan, he could at least act like he really believes it is. Usually something that important would be backed with supportive statements like “We need to stop medical mistakes at any cost” instead of “We should only track the ‘serious’ medical mistakes.”

After seeing the health care speech Obama delivered to Congress, the future of health care reform doesn’t look bright. After all, for Congress to enact a $900 billion plan without increasing the national deficit, it would require an impressive economic magic trick.

People who are demanding free health care for all in the name of liberty need to stop supporting their argument with shaky evidence like medical mistakes, especially since the president himself isn’t quite sure if he wants to use it.

Canada has universal health care, yet nearly 300 Canadians die a year because of the most serious of mistakes, failure to receive organs.

And most of the time, doctors are not to blame for medical mishaps. Some illnesses present multiple potential diagnoses and treatments. If a doctor chooses one he or she thinks will work and it causes the patient to die, I doubt it is on purpose.

Medical mistakes are not evidence for why we need health care reform. The next time the president claims they are, I might have to stand up and yell, “You lie!”