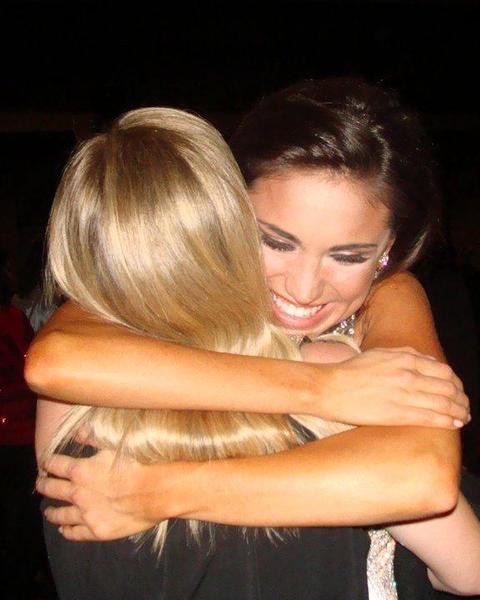 After finishing in the top 12 in Saturday’s Miss America Pageant, senior broadcast journalism major Ashley Melnick said she now plans to return to classes in the fall.

Ashley made it to the evening wear portion of the pageant but was eliminated just before the talent segment. Although Ashley did not win the Miss America title, her mother, Terri Melnick, said Ashley gave it her all.

“She went there prepared, and she did the best that she could do and there are no regrets,” Terri Melnick said.

On stage, Ashley said she thought she would be able to perform her talent, but regardless of the outcome, she just wanted to sing on national television.

“When my name wasn’t called, it hurt, it really did. My chest stung,” Ashley said. “It’s hard, when we worked so hard and there we are sitting on stage realizing that the end of the road just happened.”

She said she was still very passionate about her duties as Miss Texas and will continue to do appearances around the state.

“I will continue promoting my platform and really getting in to being an advocate for autism,” Ashley said. “I’m still going to be going to numerous schools across Texas to share my story about my brother, Ryan, and autism and about differences and adversity.”

Ashley said she felt being a broadcast journalism major helped her in the interview portion of the pageant.

“It taught me to be strong and determined and to make sure I got those interviews right,” she said. “And all the tools that I learned, I put forth in the interview.”

Ashley said she felt confident during the pageant but had no idea what to expect going up against the best of the best.

Once she made it into the top 12, she prepared for the next segment with mental preparation that she practiced two to three times a month at Mental Management Systems in Flower Mound.

According to the website, the Mental Management System is “a recognized performance enhancement program that is taught to and used by World and Olympic Champions throughout the world.” The business provides instruction on mental preparation for athletes, businessmen and stage performers. Mental Management Systems helps clients work well under pressure, maintain a positive attitude, reach goals and teaches them how to succeed in competition, according to the website.

Ashley said she will still attend Mental Management even though the pageant is over.

“The tools you learn in mental management you can use in everyday life,” she said.

Ashley said she was shocked that the winner of the Miss America pageant, Miss Nebraska Teresa Scanlan, was only 17 years old.

“She is so articulate and so well spoken and genuine,” Ashley said.

Ashley added that all of the Miss America contestants seemed to have great chemistry.

“There was no cattiness, no negativity,” she said. “All of us really got along because we realized that this is a once-in-a-lifetime opportunity.”