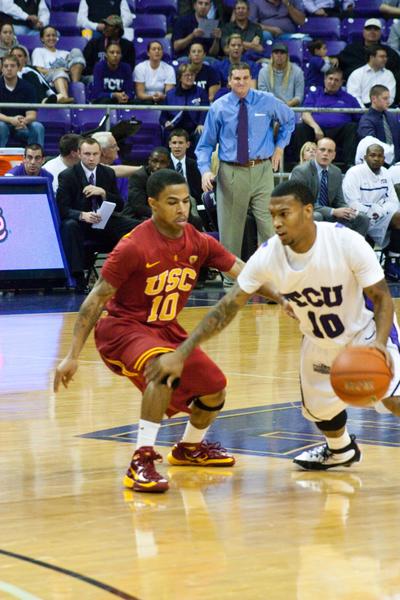 The TCU men’s basketball team will take on the Prairie View A&M Panthers at 7 p.m. Tuesday at the Daniel-Meyer Coliseum.

The Frogs are 5-2 this season and have won all four of their home games. The Frogs’ record is the team’s highest opening record since the 2004-05 season.

Against USC, TCU scored in the 80-point range for the third time this season, the first time since 2002-03 that the Frogs have done it this early in the year.

The Panthers are 1-4 this season and have yet to win a game on the road. Prairie View is coming off a 90-45 loss against Baylor Monday night.

“I think we feed off of each other,” Thorns said about Moss. “In the beginning, I try to get him going, and once he gets going, he tries to get me going. We are leaders and we have to keep the intensity up.”

Head basketball coach Jim Christian said Moss and Thorns put so much pressure on the opposing team’s defense because both players can handle and pass the ball.