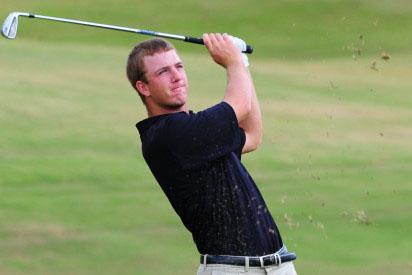 The Frogs-who will enter the Mountain West Conference Championships ranked 19th in the country, according to the latest Golfweek/Sagarin Rankings-will be one of five top-50 programs in the field, including UNLV, San Diego State, Colorado State and New Mexico.

“The conference tournament is the one tournament of the season that every school in the country prepares for the most,” said head men’s golf coach Bill Montigel. “We have played really well at this course over our last few trips, and I’m confident with the lineup that we are putting out there.”

The Frogs will head into the Mountain West Conference Championships with senior Travis Woolf, junior Tom Hoge, sophomore Johan de Beer and freshmen Daniel Jennevret and Pontus Gad. Woolf, Hoge and de Beer were all a part of the last TCU conference championship squad a season ago.

“This has been our most consistent lineup of the season, and I’m extremely excited and looking forward to seeing what these guys can do. The most important thing is that all five of these guys were in the lineup when we won the last time on this course so there is a level of familiarity and confidence heading into this weekend,” said Montigel.

The Mountain West Conference Championships will begin Thursday with 18 holes played on each day. The Frogs will be paired with UNLV and San Diego State in the first round at the Tucson National Golf Resort.