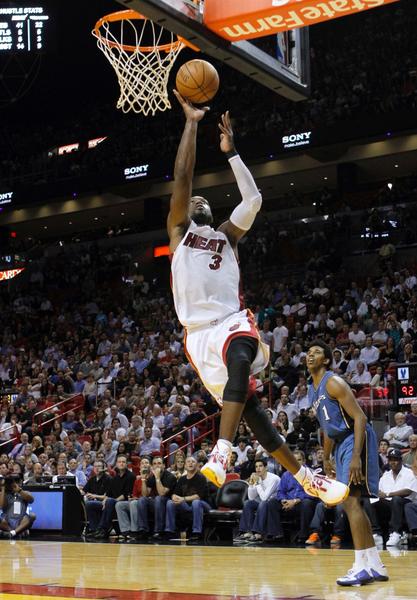 Who needs to man up this week? The Miami Heat.

The Heat have gotten off to a slow start this year and have lost four of their last six games. This is a team that had huge expectations coming into the season after adding two superstars, LeBron James and Chris Bosh, to compliment Dwayne Wade.

So who is to blame for this unexplainable start? Sure you can blame their head coach, Erik Spoelstra, but if you have three superstars playing on the same team, it shouldn’t matter who the coach is.

There are multiple ownership issues that could be blamed for this start. One of these problems is the lack of depth on the roster. After the big three, Miami has very little depth. They are starting a no-name point guard and their centers were back-ups in both Dallas and Cleveland. The rest of their players are there to fill the roster.

This blame cannot be put on Pat Riley. How can you blame a guy for luring away Lebron James and Chris Bosh from their respected teams to come play with Dwayne Wade? A team of that magnitude has been unheard of until now.

It’s the players who need to step up for the Heat to start winning. Bosh, James and Wade need to not only step up and play well on the court, but they need to start playing as a team and help some of the other guys on the roster improve.

The big three have seen a steep decrease in their numbers this season. This could be because of several different issues, but they just aren’t stepping up and playing well.

Bosh’s numbers have been especially bad. He has scored six points per game less than season ago since he has not been able to average 20 points per game this season. However the stat that hurts him the most is rebounds. Bosh averaged over 10 rebounds per game last season. This year he is averaging seven per game.

Bosh will need to start rebounding better going forward in order for the Heat to even think about playoffs.

This lack of assists is just another example of how this is an organization that isn’t playing as a team. Too many of Miami’s players have been unable to play as a team and the team really lacks a true leader.

James has been the best of the three, but his numbers have also seen a drop off. His scoring and rebounding numbers have been the worst since his rookie season and he hasn’t been up to the standard “King James” that we have seen for so many years.

No one said this was going to be easy and no, you don’t have to go 82-0. But you can’t limp into the playoffs with a .500 record and expect to win a championship.

Sure you need to boost individual numbers, but more importantly you need to play as a team. In addition there needs to be a leader. Whether it is James, Wade or Bosh, someone needs to step up.

Until the Heat start playing as a team, they will have no real shot of winning the championships that everyone dreamed they would be winning over the next five seasons.