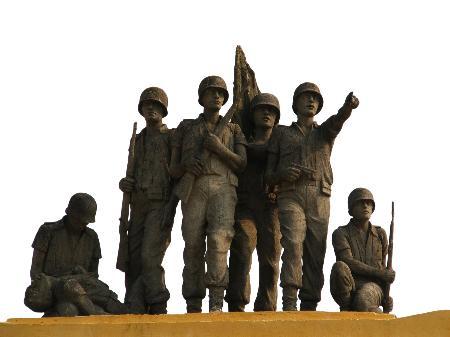 The “don’t ask, don’t tell” policy was put into place in 1993 to discourage gay men and women from being open about their sexual orientation in the military. However, during the past couple of years the majority of people being discharged because of their sexual orientation were women. There is some speculation that the military is home to some sexism that goes way back. Or perhaps these women didn’t seem feminine enough, or rejected a male colleague’s advances. Whatever the reason, gay women are being ousted more often than gay men.

According to the Los Angeles Times, of the 619 service members investigated and ultimately asked to leave last year, one third of those were women. President Barack Obama is going to try to repeal the “don’t ask, don’t tell” policy. According to the article, this policy is the reason for the dismissal of 13,000 members of the armed forces since its creation in 1993.

This just seems like a no-brainer. How can prejudice like this exist today? Don’t we need all the men and women we can get in the military? How can people who want to serve our country be turned away? This is blatant homophobia in a society that is now more accepting all around and steadily making progress for the rights of gays and lesbians. We should stand up and cheer for these brave men and women who want to serve our country, not question their personal lives. Obama made some promises about extending benefits to partners of gays and lesbians, and more laws to make these partnerships legal. So why not let openly gay people serve in the military?

The promises of the president are very appealing, but he did admit that progress might take longer than most people would like. However, he does seem intent on challenging the law and it seems that the gay community has an ally in the White House, which is positive. The U.S. House of Representatives recently passed legislation that would make it a federal offense to assault people based on their sexual orientation. These are small strides but could have a lasting impact.

Entrance into the armed forces shouldn’t really depend on someone else’s moral judgment. We are fighting two wars and need all the brave souls that wish to put themselves on the line for our country. We are taught that judgment is wrong. We are told to accept people no matter what religion or ethnicity. Isn’t this the same thing? What gives the military the right to decide whether these men and women are moral? They have their own moral compass.

It is discrimination, simple as that. And it makes us look like hypocrites. Here we are told to be accepting, to get along with everyone, to be united in peace. Well, some people can’t feel included in this big love in if they can’t even do what is important to them. Most people I know who are in the military are passionate about that. There is no reason they shouldn’t get to fulfill their dreams and goals because of mindless discrimination.

According to The Washington Post, there are an estimated 65,000 gay men and women in the military today. I don’t know about you, but I’m glad they are. I really don’t care who they sleep with. They are fighting for my freedom and yours and should be treated with dignity and respect.

Christi Aldridge is a senior strategic communications major for Hillsboro.