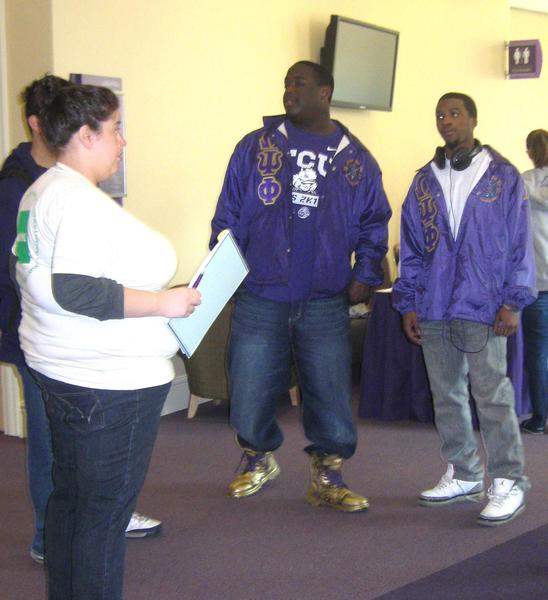 About 170 students followed the slogan of this year’s Martin Luther King Jr. Day and decided to “Make it a day on, not a day off.”

Melissa Gruver, community engagement coordinator, said that compared to its first year, the amount of service sites and students willing to serve doubled.

There were 150 students who registered to volunteer and about 40 walk-ins and high school students, Gruver said.

Gruver, who initiated the event last year, was influenced to have a MLK service day at TCU after helping a local group while she was in undergraduate school.

“That really changed my life, serving on MLK Day,” she said.

The students met on the third floor of the Brown-Lupton University Union at noon. Before leaving at 1 p.m., they got in their groups and watched the official video from the government about Martin Luther King Day.

Afterward, students spent four hours volunteering at sites to paint houses, play bingo with the elderly and organize clothes and other items for the community, Gruver said. When they returned to campus, dinner was waiting for them.

Freshman pre-major Christian Buckler said time after the service day helped students reflect on their work at the different locations.

“Even though you weren’t [at every location], you kind of feel indirectly responsible because everybody went out as a group and just said “We’re going to go make a difference today,'” Buckler said.

Senior biology major Jasmine Batiste said that the words of Martin Luther King Jr. reminded the students why they were volunteering for the day.

“This was his whole dream in the first place for all of us to come together and help one another,” she said. “And that’s what we did.”