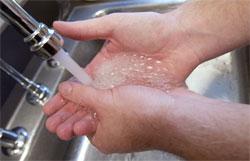 When Alison Raff could not rid herself of a congested head or constant fatigue, she knew something was wrong.”It was a drag just to get out of bed,” said Raff, a junior movement science major.

An RN and lecturer for the Harris School of Nursing, Kris Riddlesperger, said Raff’s symptoms of a chronic headache and fatigue are common signs of infectious mononucleosis, or mono, a disease college students are easily susceptible to due to increased contact and lifestyles.

Suspecting mono as the cause of her ails, Raff went to the Health Center to get tested three times – and returned with negative results each time. Still convinced that she had it, she said she went to a doctor in Arlington and tested positive in December 2004.

Barbara Murph, an RN and manager of the outreach division of the Fort Worth Public Health Department, said college students are more at risk for the disease because of the number of people on campus and students’ activities.

Since mono is an infection of the Epstein-Barr virus, it can affect a person when the immune system is weak, she said. The risk is higher when people do not take care of themselves by getting sufficient sleep and eating properly, which many college students do not practice, she said.

Murph said many students also have habits that allow the sharing of saliva, which is how mono is contracted. Among these practices are sharing cigarettes, drinking after someone else and kissing.

“If you’re making out with an affected person, you’re most likely to get it,” she said.

Riddlesperger said about 90 percent of the population is exposed to the Epstein-Barr virus in childhood and those who are not exposed to it until adolescence contract the mono infection. Two out of every 1,000 adolescents contract mono each year and in a college setting, these rates are higher, she said.

Riddlesperger said cases emerge especially in times of stress, such as during finals or the end of the year and are characterized by a fever, a sore and swollen throat, headaches and abdominal pain.

“The college population is almost designed to get mono,” Riddlesperger said.

Marilyn Hallam, assistant to the director of health services, said the number of on-campus infectious mononucleosis cases is higher than usual for this time of year.

“We have seen an unusual number of monos since the beginning of the semester,” Hallam said.

Although the Health Center does not release statistical data, Hallam said in previous fall semesters, the number of cases has not been as high and she does not have any reasoning for the increase.

Riddlesperger said no specific medicine exists for mono but doctors usually recommend over-the-counter drugs, such as ibuprofen, to relieve symptoms. Since the immune system is susceptible to other infections during mono, doctors sometimes prescribe antibiotics, she said.

Although mono is rarely life-threatening, there are risks of a ruptured spleen, characterized by abdominal pains, Riddlesperger said. Besides seeing a physician, those with mono should drink large amounts of fluids, get sufficient sleep and refrain from exercising.

Hallam said the Health Center provides testing and treatment for students who think they may have mono.