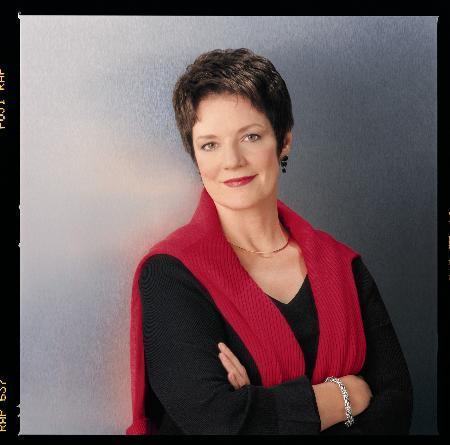 TCU alumna Sue Monk Kidd’s first novel, “The Secret Life of Bees,” has spent more than two years on the New York Times best-seller list and has been published in more than 35 countries, according to the author’s Web site. The Fox Searchlight film adaptation starring Queen Latifah and Dakota Fanning, written and directed by Gina Prince-Blythewood, hits theaters Friday.

However, the book’s author has not enjoyed the same straight shot to success. Kidd said she had a very different route in mind when she left Sylvester, Ga., to attend TCU in 1968.

Q: How did you end up going to TCU?

A: I picked it for a couple of reasons. I wanted to pursue a B.S. degree in nursing, and at that time there weren’t that many programs like that in the country – TCU had one of the finest. And I wanted to go to some far flung frontier: Texas seemed like that at the time. But it was a wonderful choice for me. I would choose it all over again.

Q: How did you go from majoring in nursing to writing books for a living?

A: It’s an unusual transition, I know. Since I was a child, I had a sort of innate desire to be a writer, but I did not pursue that. I can’t explain it except to say that when it came time to go to college, I picked something that I thought was very noble, and practical and doable. Writing seemed beyond my grasp at the time. I wasn’t quite ready to do it, apparently.

A: Well, the late ’60s were a very transitional time in American life. There was a lot of volatility, a lot of change. I think on the college scene, it was a very exciting time. It was very much a young, useful kind of movement, full of energy and voice. So I remember that being alive and well at TCU; maybe not to the extent of Berkley, but it was certainly there. I didn’t go back to TCU for so many years after I graduated, probably only a couple of years ago, so I was really astonished by how it had all changed.

Q: Race and gender issues were a big focus of the ’60s, and they play a big role in “The Secret Life of Bees.” Was that something that interested you in college, too?

A: That’s something that I’ve always been aware of and concerned about, probably since I was in high school in Georgia. I was in the first desegregated graduating class in my high school, and even before that, I was becoming acutely aware of the racial divides around me. But it took me a long time of incubating the story of “The Secret Life of Bees” for that all to come out. I felt there was personally some redemption for me in being able to address some of that. As far as gender goes, I came to that a little bit later in life. In my 30s, I went through sort of a feminist awakening.

Q: Why do you think that “The Secret Life of Bees” has resonated with so many people the way it has?

A: I’ve been asked about this so many times, and I usually give a different answer every time. I think Lily – the main character in the book – her story is a universal story. It’s about this search for love and home and nurture and healing. Some people write to me and tell me they’re fascinated with this black Madonna in the story; I hear different reasons why readers are pulled to it. In the end it’s probably just a mystery.

Q: Is there a lot of mystery involved in writing, or do you have a certain routine you follow on a day-to-day basis?

A: There’s a combination of things that go on in a writer’s day – most of it is sitting in front of the computer, writing and rewriting, trying to learn your craft and apply your craft. It’s not unlike any other job in that way. And there’s this other part of it, the mystery part. I can’t deny there’s an element of that in it, because while it is learning the craft and applying the craft, there’s also this place inside a writer where these images loom. I try to create portals to that place in myself, and that is the place, I think, from which mystery comes. It’s not all craft, it’s not all mystery; it’s sort of a blend of both.

Q: Which of the book’s characters do you think you have the most in common with?

A: I guess there could be a little piece of them all in me. Lily had a lot more interesting things happen to her than me when I was young, but I think I have a few things in common with her – for instance, she wanted to be a writer more than anything. There’s a little bit of the character May in me: that enormous vulnerability and sensitivity to the hurts in the world – I have a touch of that. I like to think I have a tiny bit of August’s wisdom; my husband tells me I have a little bit of Rosaleen’s feistiness in me.

Q: What’s the most exciting part of having your book made into a movie and what’s the scariest?

A: So many books are optioned for movies but so few actually get made into movies. When it became apparent that it was going to be made into a film, I felt like I had jumped out of an airplane at about 10,000 feet. I think the scariest part is that feeling of letting go of what you’ve created. You feel a sort of ownership of that story, because you conjured it, and then you turn it over for someone to do this other version of it. Probably the exciting thing was seeing it come to life, going on the movie set and feeling like you’re stumbling around in your own imagination. All those things you cooked up – the honey house and the pink house – there they are.