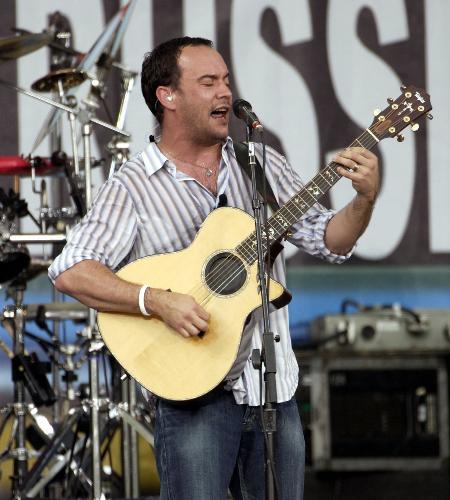 Once you clear the confetti, turn off the synthesizers, sweep up the glitter and turn down the lights – then you can judge the raw talent and personality of musicians.

Following the Dave Matthews Band’s lively and ecstatic concert in Los Angeles that seemed to sway the crowd with a sense of unity and passion, CNN caught up with Dave Matthews right when former President Jimmy Carter’s allegations hit the press.

Carter asserted that racism was the core of some of the negativity that had recently been aimed towards President Barack Obama. The 42-year-old singer-songwriter, who had split half his childhood between the United States and Africa during the apartheid, revealed an exclusive outlook on the prominence of racism in society today.

“I found there’s a fairly blatant racism in America that’s already there, and I don’t think I noticed it when I lived here as a kid,” Matthews said. “But then I went back to South Africa, and then it’s sort of thrust in your face, and then came back here – I just see it everywhere.”

It is difficult to decipher what is more striking: the fact that racism is still prominent almost 150 years post-slavery, or the epic realization that there are actually some music artists who are politically and actively involved with today’s societal issues beyond my humps and blaming it on the a-a-a-a-a alcohol.

It is beyond refreshing to see someone who has a strong influence over an entire generation using his voice to talk about something else other than himself. Especially issues like racism that still affect both teenagers and adults today.

On Sept. 23, the Chicago Tribune published a story about a black human rights activist who found a noose on her front porch after being robbed the week before of her personal belongings costing up to $13,000. This did not happen 80, 10 or even one year ago. It happened seven days ago.

Already exposed for his distinct music style and insightful lyrics, Dave Matthews separated from the useless, unaware species of celebrities who maintain complete oblivion to what is going on in the world around them.

Finally the celebrity genius offers perceptive and constructive viewpoints that can influence people to get involved in issues like preventing and extinguishing racism instead of promoting drugs, sex and alcohol that seems to be the theme of a lot of songs today.

Ultimately, America has a two-fold mission. We must repair efforts to create real equality while simultaneously making a conscience endeavor to only hand the microphone to those who will use it to evoke reform, not ratings.