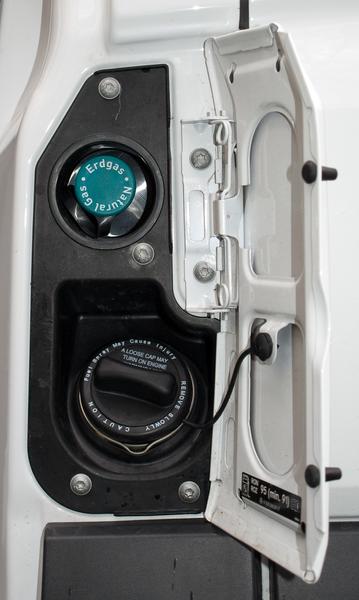 The TCU “Frogmobile” was a staple at home football games this season, but its existence represents more than team spirit with its Horned Frog logo. The car represents the potential future of cleaner energy.

After receiving a C- last year from The College Sustainability Report Card, TCU made some eco-friendly changes which resulted in a full letter grade increase granted last month. Among those changes was the addition of the “Frogmobile”, Ken Morgan, director of the TCU Energy Institute, said.

Donated in early September to the TCU Energy Institute, the Natural Gas Vehicle Honda Civic made a statement not just on campus, but in Texas.

“It was given to us so that the community would get a better appreciation of what’s probably coming,” Morgan said.

Morgan said he expects the vehicles will become more popular in the future.

Morgan said the car is powered by the same natural gas used in gas-powered homes. The gas is 30 percent cleaner that its gasoline equivalent.

The commitment focused on creating sustainable, carbon-neutral and environmentally friendly institutions of higher learning, according to the commitment website.

Morgan said the vehicle could serve as evidence of that commitment.

Richards said part of the agreement also includes a curriculum component in which the university would provide sustainability education to each student.

Morgan said while the “Frogmobile” is not a part of a specific course at TCU, the car is used by the Energy Institute to increase community awareness, involvement and understanding of natural gas.

Each form of energy has its place and value as long as the cleanest fuels possible are backing it up, Morgan said.

Wind and solar power do not provide the same amount of power and energy that natural gas does, he said. Some back-up energy sources may not be as clean or locally retrievable such as gasoline or coal.

Natural gas however, is the cheapest, cleanest and most abundant energy source in the U.S., Morgan said.

According to the Natural Gas Vehicles for America website, transit buses account for about 66 percent of all vehicular natural gas use.

Currently there are about 110,000 Natural Gas Vehicles in the U.S. and over 12 million worldwide.

Companies are ready to build natural gas stations, but Morgan said they need the government to help promote it and cut the red tape on the project.

With an increase in natural gas stations, Morgan said he thought it could be expected to see more Natural Gas Vehicles like the TCU “Frogmobile.”

-Natural gas and gasoline mileage are equivalent for many car makes and models, but usually natural gas yields fewer miles

-Because natural gas burns cleaner than gasoline, drivers can extend the time between necessary oil changes