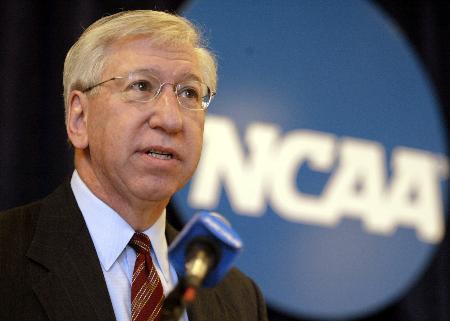 Myles Brand, president of the NCAA, died Wednesday of pancreatic cancer at 67, the Associated Press reported.

Brand was scheduled to speak at the university in March 2008 on the state of the NCAA and college sports, but the event was canceled because of inclement weather, outgoing Director of Athletics Danny Morrison said.

“I had great respect for the job he did within the NCAA,” Morrison said. “That is a very difficult job because of all the different constituents. He managed it superbly and brought a lot of energy to the organization as well as looking at some things differently.”

Brand was the first university president to serve as president of the NCAA after his tenure at Indiana University, the Associated Press reported.

Chancellor Victor Boschini also worked at Indiana University before Brand had moved to IU and was very familiar with Brand’s work.

“Myles Brand was an amazing man with an incredible personal integrity,” Boschini wrote in an e-mail. “While I did not have the pleasure, or honor, of working directly with him at Indiana,I did have the opportunity to observe him firsthand as head of the NCAA. He also spoke at several gatherings where I was present. In every case, I was impressed by his integrity and by the fact that he never forgot that all of this, especially in the world of sports, is really still about the student athlete. He will be missed.”

Brand was thrust into the national spotlight during his tenure at IU after firing Bob Knight, the wins leader in Division 1 NCAA men’s basketball and former IU head basketball coach. Knight was fired for what Brand had called “defiant and hostile” behavior in Sept. 2000.

Brand released his cancer diagnosis in January at the NCAA convention but continued to work through treatments, according to the Associated Press report.

The NCAA is not ready to release who might replace Brand or when the search may begin, according to the report. He is survived by his wife and son.