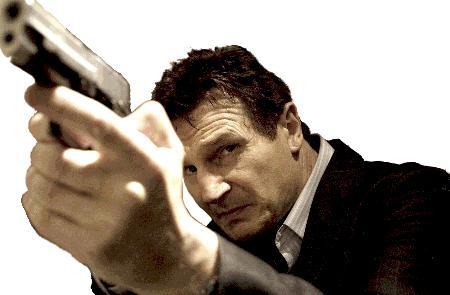 “Taken” stars Liam Neeson as Bryan Mills, a former CIA operative who has just given up his job as a government agent to be close to his daughter Kim.

Just as Kim (Maggie Grace) and her best friend Amanda (Katie Cassidy) decide to go to Paris, Mills’ worst fears of his daughter’s safety come true as the two get abducted from their apartment in broad daylight.

The tension in the scenes leading up to the kidnapping is high, and you can sense what is going to happen next while dreading it all the same. Other viewers might see this as predictable from the minute the two set foot in France, as the title “Taken” is inspired by this event.

Mills is given 96 hours to rescue his daughter from her abductors, jump-starting an unpredictable ride that takes all of Mills’ experiences as a trained killer into account.

Mills systematically tracks down his enemies in scene after scene a la Jason Bourne of “The Bourne Identity,” which was clearly an inspiration. Quick-cutting editing of car crashes and explosions reflect the “Bourne” series’ influence, which has become sort of a revenge standard as of late. Other nods include “The Transporter” series especially in the car crash at the construction site.

Writer-producer Luc Besson has overseen artsy action thrillers before with “Unleashed” and “The Professional,” so if you’re expecting Neeson to make nice and resolve matters over a cup of tea, you shouldn’t expect anything less than a PG-13 rating-friendly beatdown complete with a grisly torture scene.

Neeson, young at heart at 57 years old, has played Oscar-caliber characters like Oskar Schindler in “Schindler’s List,” alongside summer blockbuster characters like Qui-Gon Jinn in the “Star Wars” series. In “Taken,” he gives the character a breathless velocity through the action scenes directed by Pierre Morel. From Mills’ going against his ex-wife’s desire for his daughter to go to Paris to his bashing of guys’ heads into walls scene after scene, Neeson gives off an aura of invincibility, stopping at nothing to find his daughter.

The back-and-forth nature of the movie pulls you in from the beginning to end and holds you captive from scene to scene.