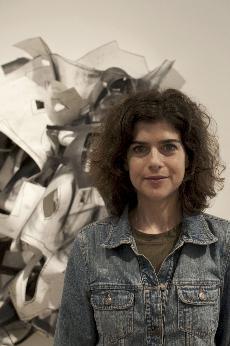 The new curator for the Art Galleries at TCU, Christina Rees, said she plans to provide a venue for strong regional art as an incentive for artists in Texas.

The Art Galleries at TCU encompass galleries located at Moudy Building North and the Fort Worth Contemporary Arts building by the intersection of Greene Avenue and Berry Street.

As the new curator, Rees said she would like to alternate between theoretical and international shows. Rees said commercial galleries are struggling in this economy. The closing of some galleries is a disincentive for artists to create work. Artists need to be encouraged, and they need to have venues to show their work, she said.

“I believe in Texas artists, and I’m a huge supporter of what this state can generate,” Rees said. “I would like Fort Worth Contemporary Arts to reflect that.”

Fort Worth Contemporary Arts was established in 2008 and is located across the street from the GrandMarc. The gallery is a calling card that will be a good contemporary art space for the city, Rees said.

Rees said she is taking the initiative to make sure students are informed of upcoming shows and events.

“The show openings are going to be a lot of fun and engaging,” Rees said. “They should be packed, not just with students, but with everyone from the community.”

Rees’ involvement in the arts came about in a unique way. Her career began as a journalist writing film and television criticism for various publications like The Met, the Village Voice, the Dallas Observer and D Magazine and her passion for art led her to travel to London and New York, she said.

As a full-time art critic for D Magazine, she said she became fascinated with how art galleries and museums worked, and she eventually opened her own gallery in 2006 called Road Agent in Dallas.

This will be Rees’ first time to be a curator and she said she is excited for what is to come.

Her first show as curator will open in October and is called “Death Of A Propane Salesman,” inspired by an episode of “King of the Hill.” It will be a group show of regional artists that seeks to capture the current mood and current anxieties being manifested in Texas artists’ work, she said.

Clay Irby, a senior finance major, has been to The Art Galleries at TCU several times and said he likes all the different media of art they have to offer.

“A lot of students don’t know that the gallery really does attract some really interesting and really cool artists,” he said.

Brooke Baumgardner, a senior art history major, said the galleries on campus have exceptional works. She said she enjoys going because the galleries are free, fun, and make visitors feel well-rounded.

“It’s a cultural experience that not a whole lot of schools get to take part in and be privileged to,” Baumgardner said.

Rees said she wants other undergraduate students to experience the same kind of enthusiasm for art.

“I think living with art is not as much a luxury as it is an act of pursuit,” Rees said. “I think artists tell the truth about the world, and it’s one of the ways to reflect on life and what’s going on around us at any given time.”