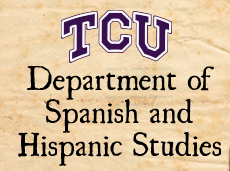 The Department of Spanish and Hispanic Studies will offer a new minor, Spanish for the Health Professions, this fall, by basing the new area of emphasis on a class already offered by the university, a professor in the department said.

Associate Dean and Director of Nursing Pam Frable said that the nursing department was excited about the minor.

“We’ve had a number of students who want to study Spanish and we’ve had a lot of support from the Spanish department in creating the minor and we think this is going to be a long term win-win,” Frable said. “It makes a more well-rounded nursing student and hopefully it will be a benefit, too, to the Spanish department and that it will have more students who will be able to take advantage of its resources.”

Karla O’Donald, professor of the Spanish for Health Professions class, said the department created the minor after collaborating with officials in the Harris College of Nursing and Health Sciences.

O’Donald said the department designed the minor to teach the same mechanics as any other Spanish minor, but featured two courses created specifically for those looking at a career in health care. The emphasis would help students communicate more effectively with Spanish-speaking patients about medical issues.

According to the course description for the introductory class, Spanish for Health Professions, students would learn how to communicate, understand symptoms and discuss medication and treatment with patients in Spanish, as well as learn basic skills related to health care. The description listed an Intermediate Spanish course or the equivalent as a prerequisite for the course.

“You focus on a two semester class, which is a year long, that focuses on health care issues,” O’Donald said.

Requirements for the minor include 21 credit hours, three more than a regular Spanish minor, she said.

This fall, 21 students enrolled to take the course, O’Donald said.

O’Donald said the minor also held importance because of the more personal role medical professionals play in the families they attend.

“In the Hispanic culture, you want to know who your doctor is,” she said. “The way that they speak to you is almost like you’re a family member.”

O’Donald said that students interested in health professions would benefit by taking the class because Spanish is based on the Latin language, and a lot of medical terms are Latin. The location of the university was also a factor in introducing the minor.

“We live in Fort Worth,” she said. “We live in Texas. If you’re going to live anywhere in the South and you want to be involved in the medical profession, you will have patients that need you to speak Spanish.”

According to a 2009 estimate by the U.S. Census Bureau, almost 37 percent of the Texas population was of Hispanic or Latino origin, as compared to 32 percent in 2000. The national average was 15.8 percent in 2009.

O’Donald said the minor could apply to several different majors and not just nursing.

“You want to have an interest in the class,” she said. “If you’re an accounting major, that might not be the most pleasant place to be. Definitely if you’re a biology major, a chemistry major, obviously nursingÃÂ­8212;any kind of science like psychology, (the minor) will definitely be interesting.”

Frable said that all forms of communication were essential in nursing.

“Communication’s essential for patient safety and welfare, and that’s not just with patients, but it’s with other providers as well,” Frable said.

Frable also said that Spanish is helpful in certain areas of the U.S.

“One of the things a foreign language gives to people, because in some parts of the country, other languages are also important, is that it helps the nurse better appreciate the difficulty non-English speaking patients may be having and may make them more sensitive in insuring that patients have access to language translation and interpretation resources, especially if they’re in crisis,” Frable said.