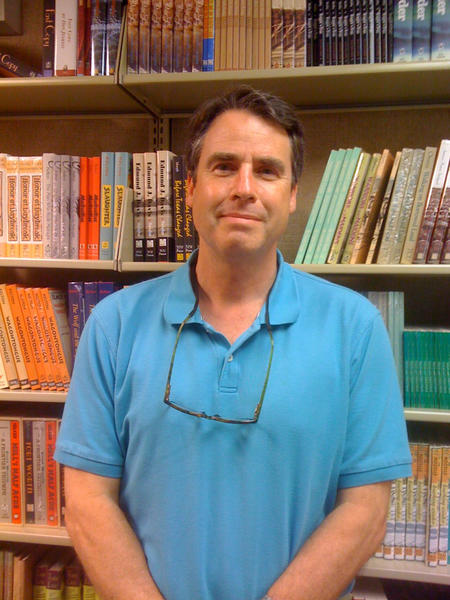 The new Director of the TCU Press has several changes in mind for TCU Press for the coming semester.

Dan Williams’ involvement with press began in March when it faced the possibility of closure. He was appointed as the new director on June 1. Williams said he decided to volunteer for the program to ensure that it remained a part of the university.

“This is a tough time for university presses around the country,” he said.

Southern Methodist University was one of those that suspended press operations last May, citing “challenging budgetary times” as the reason for its closure, according to the Dallas Morning News.

Alumna Ashley Tambunga served as an editorial assistant for the TCU Press and said that it faced the possibility of closure last spring because it ran into financial troubles. Williams was a big reason why the press is still alive, she said.

Williams said he would work as long as needed to ensure the continuation of the press.

All university presses received support from their host institutions, and TCU Press was grateful for the support it received from the university, he said.

Dean of the Library and Administrator of TCU Press June Koelker said the books published by university presses offered original research that was significant for learning purposes, but they did not sell the same amount of copies as commercial presses.

Williams said they published 15 to 20 books to each year, some of which were written by TCU faculty. Employees at the TCU Press went through five to 10 publishing requests a week from varying authors.

Susan Petty, editor of TCU Press, said that sales were good but that the staff hoped to find its next blockbuster to publish.

Koelker said that Williams would work to incorporate new technology, including e-books, to help with the digital shift and that the TCU Press would continue printing paper books as well.

Williams said he was working on making the TCU Press a forerunner of the electronic movement.

He said he also planned on creating a more dominant presence on campus for the press because so few students were aware of it. He said he wanted to bring in students to learn marketing or English, especially regarding book publishing.

Koelker said that students could also learn from the press as interns to gain publishing experience.

As director, Williams said his duties will be to supervise all press operations, including editing and production. He said he was specifically responsible for acquisitions, budget management and press relations.

Before he was appointed to the director’s position, Williams said he discussed the position’s vacancy with Koelker, who appointed him as the new director on June 1.

Koelker said she hired Williams based on his experience as chair of the English department. She said The TCU Press was fortunate to have someone of William’s stature leading the organization.

In addition to serving as director of the TCU Press, Williams said he will continue to teach this fall.