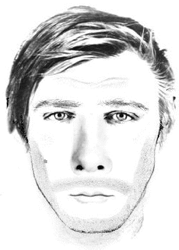 The Fort Worth Police Department has not made any arrests in an Oct. 13 sexual assault case on campus or in a different sexual assault reported Oct. 1, a police spokesman said.

“The sexual assault unit is still conducting its ongoing investigation into each sexual assault,” police spokesman Sgt. Chad Mahaffey said. “No arrests have been made as of (Monday), however both cases are very active and are still under investigation. Due to the sensitive nature of sexual assault investigations, public information is very limited until the case reaches a conclusion.”

Mahaffey said he could not comment on whether Fort Worth Police had a lead on either case. He said each investigation is open and active.

A Fort Worth Police flier sent by the university shows a sketch of the Oct. 13 assault suspect, described by police as a tall, white male in his early 20s with straight blond hair and a mole on his right cheek. He was wearing dark blue jeans and a dark colored short-sleeved t-shirt at the time of the assault.

“(The) victim was walking to the school library from her dormitory when the suspect grabbed her and dragged her into a dark area near a building,” according to a flier Fort Worth Police released to the public. “(The) suspect then pulled an object from a bag around his waist and sexually assaulted the victim with the object.”

When finished, the suspect put the object back in his bag and fled on foot south on University Drive, according to the flier.

Police had said earlier that the student was threatened with a knife while walking on the 2900 block of South University Drive.

Police have not released any details of a suspect in the assault reported on Oct. 1. TCU Police Sgt. Kelly Ham said the university continued to keep an increased number of security officers on campus over the weekend.

A student reported that two television sets were stolen from 2816 Lubbock Ave. early Saturday morning, Ham said. The student had guests over Friday night who left at 1:20 a.m., according to a police report.

The student left to go eat when the guests left the address and returned home at about 3 a.m. to find the TVs missing, Ham said. One of the TVs was in the living room and the other was on the third floor.

Ham said a second-floor window was left unlocked when the student left.