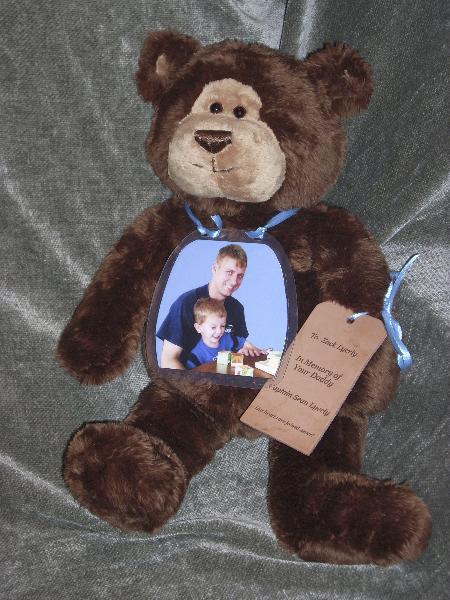 When Taryn Davis found out her husband lost his life in the Iraq war in 2007, she was a 21-year-old student at the University of Texas at Austin, and her life’s dreams had been shattered.

Davis founded The American Widow Project in the wake of her husband’s death just a few months after he was killed. The AWP is coming to the university this week to speak to students and generate a teddy bear drive for children who have lost their fathers in the wars in Iraq and Afghanistan.

“I created AWP because right after my husband was killed I was looking for resources and someone to connect with to make me feel less alone, but I couldn’t find what I was looking for so I decided to just create it,” Davis said.

Davis said the goal of AWP is to unify a new generation of American widows in their early 20s and 30s.

“When soldiers die the people on the other side of that sacrifice are the same age as TCU students,” Davis said.

Christina Sessums, a senior social work major coordinating the event, said she contacted Davis after seeing her on Larry King Live and brought her to the university to speak last fall.

“The widows realized that educated people in college can help them fulfill their mission,” Sessums said.

The social work department, in conjunction with several other organizations, will host the AWP in the Bass Building today and Wednesday. The event will include a viewing of a DVD made by widows in the organization, an opportunity to listen to widows tell their personal stories and a chance for students to make and donate teddy bears for the children of widows, Sessums said.

Heather Brown, a junior social work major and team member helping to coordinate the event, said 100 children requested custom-made teddy bears that will have a picture of them with their fathers attached.


The Junior Transitions Seed grant and the Student Community Involvement/Service Learning grant donated $850 to fund the event, Brown said. The remainder of the funding was provided through several university organizations, she said.

“We’ve gotten a lot of response from several different departments,” she said.

Sessums said that in addition to the “Daddy Memory Bears,” the other goals of the event are to spread awareness and to help facilitate knowledge amongst college students that the AWP is available to help widows in the same situation as Davis.

“When a soldier dies right now, two uniformed soldiers come to the widow’s house and give them a 600-page book telling them what to do,” Sessums said. “I don’t know about you, but if my husband just died I wouldn’t want to read a 600-page book.”

The program helps young widows to navigate the confusing processes of collecting their husbands’ bodies, picking out caskets, selecting funeral homes and many other tribulations that come from their untimely deaths, Sessums said.

Brown said she is looking forward to hearing the inspiring stories of the women in AWP.

“These widows have given the ultimate sacrifice, and they deserve the greatest respect,” Brown said. “I want to be a part of honoring their strength, resilience and their hope for the future.”