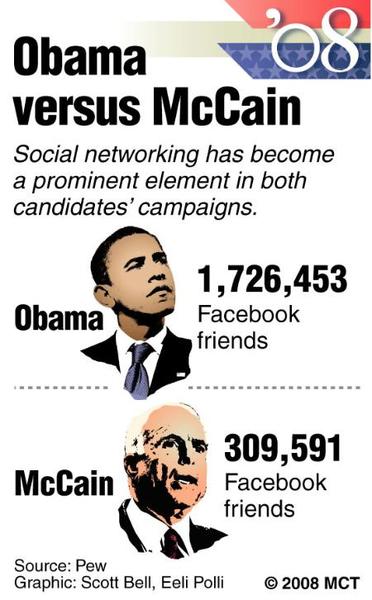 President-elect Barack Obama’s campaign that focused on change was so successful that it may soon lead to a change in the way businesses of all types go about marketing themselves, a professor in the Neeley School of Business said.

Stacy Landreth Grau, an associate professor of professional practice in marketing, said the Obama campaign’s ability to reach out to voters, especially young disenfranchised voters, was a stroke of marketing genius.

Tuft University’s Center for Information and Research on Civic Learning and Engagement reports that Obama received 66 percent of young votes as opposed to 32 percent for McCain.

“He was the first one that used social networking and used it in a very smart way,” Grau said. “Honestly, in such a smart way that corporations and nonprofits need to look at Barack Obama to figure out how the heck they could use that for their own purposes.”

Grau said it was more than just good marketing that got Obama elected.

“I don’t want to say that marketing and advertising were the only things that led to his victory, because obviously he has a lot of substance,” Grau said. “However, when you look at the way he put together that campaign it’s pretty amazing.”

Adam Schiffer, an assistant professor in the political science department, said displeasure with the incumbent party had more to do with Obama’s victory than good marketing.

“As a political scientist, I generally tend to downplay the importance of marketing,” Schiffer said. “We tend to believe that elections are determined by the bigger, long-term factors such as the state of the economy and the approval of the current president.”

With a tanking economy and one of the least popular presidents ever, all indicators pointed to a Democrat victory, Schiffer said.

Schiffer said marketing did play some sort of role in the election, but it wasn’t the deciding factor.

“I think he would have won anyhow, but I think he certainly rewrote the rules on how to market yourself,” Schiffer said.

Mike Wood, an advertising professional-in-residence, said Sen. John McCain had a lot of things working against him in the election, especially the age factor.

“You’re not going to get the youth market to vote for a 72-year-old and elect the oldest U.S. president in history,” Wood said. “It isn’t going to happen.”

Liz Slagle, a sophomore political science major and president of the TCU Democrats, said she believes Obama’s campaign did a much better job than McCain’s of reaching out to young voters.

“I think that’s one of the main reasons why he won,” Slagle said. “If you look at everything, you can tell that his outreach to the youth is actually phenomenal.”

Grau said anyone who is marketing something must find a competitive advantage. Finding a message that resonates with the consumer – the voter is this case – is important, she said. Obama did that with his message of change.

“In almost two years he never deviated from that message,” Grau said.

Grau said Obama’s meteoric rise to the presidency was unlikely for a number of reasons.

“Two years ago here’s this guy who is completely unknown to anyone outside of Illinois with the exception of the fact that he made a great speech at the Democratic National Convention in 2004,” she said.

Not only was he relatively unknown, he was a black man with a name that a lot of people found to be unsettling, Grau said.

Obama then went up against and defeated two of the world’s most well-known and well-connected politicians in Sen. Hillary Clinton and McCain. Clinton and McCain’s campaigns focused on each candidates’ experience, but in each case it was no match for Obama’s unwavering message of change, Grau said.

“If you look at John McCain’s campaign and if you looked at Hillary Clinton’s campaign, it’s very similar in that they sort of never found a message that they could get some traction with,” Grau said. “Barack Obama stayed with change.”