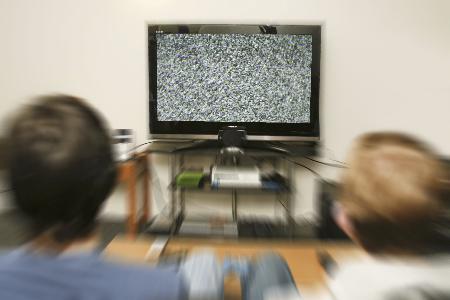 The university has switched to a new television system in anticipation of the national transition from analog to digital television in February, TCU Connect officials said.

Patti Sellers, supervisor of TCU Connect, said the university made the change because it must.

Feb. 17 is the day all full-power broadcast television stations in the United States will stop broadcasting on analog airwaves and begin broadcasting only in digital, according to the Federal Communications Commission’s Web site. On Wednesday, the U.S. House of Representatives voted against postponing the switch to June 12.

Dan Kennedy, a TCU Connect technician, said the switch to digital television is being made because of the superior quality it provides.

“The government is making the switch so that consumers will benefit from the improved picture and sound quality as well as the efficiency of digital broadcasting,” Kennedy said.

The reduced lineup that many students are receiving are channels 2 through 38, all analog channels. TCU Connect left these channels on so that students will have time to buy the converters and not be without television completely, Kennedy said.

Students will need a digital television with a QAM tuner and a standard coaxial cable to connect their televisions to the wall outlet to receive the digital channels provided by TCU Connect, Sellers said.

“The most confusing part about the process are the technological terms,” Kennedy said. “QAM is not a standard term in the average student’s vocabulary.”

Scott Genthner, a sophomore business major, said the switch isn’t worth his time.

“The converters cost up to $60, and I’m moving off campus next year,” Genthner said. “I’m just gonna stick it out with the channels we have left.”

The process seems a lot more complicated than what students are used to because when someone installs cable at a local home, families are given converters by the company that provides their cable, Kennedy said.

Morgan Whipps, a freshman fashion merchandising major, said walking into any electronic store is a nuisance.

“Almost every store my friends and I have gone to are out of the QAM converters,” Whipps said. “Then you have to order them online which is taking forever. It’s annoying.”

Sellers said the best advice TCU Connect can give students is to look at purchasing the converters that have been tested on TCU Connect’s system.

Kennedy said one of the benefits of digital television is the component of multicasting, which allows broadcast stations to offer several channels of digital programming at the same time using the same amount of spectrum required for one analog program. Students who already have a digital television with a QAM tuner may have noticed this, he said.

“This is why we have put nine channels per individual channel, which is why students will notice channels such as 100.3 or 102.5,” Kennedy said.

Although the process of switching to digital television is difficult, TCU Connect staff believe that this opens a lot of doors in the long run, Sellers said.

“We have submitted a budget to the school for a plan that will include digital music and Video On Demand for students,” Kennedy said. “None of that would be possible without this switch.”

The university signed a five-year contract with the current cable provider, Charter Communications, and is a little over two years into it right now, Sellers said.

When the school goes out for bids for a new cable provider, TCU Connect will send out a student feedback survey to figure out what current channels students like and what channels students would like to have in the future, Sellers said.

The easiest way for students to identify whether or not a television is going to receive digital channels is to go through the menu program, use auto scan and see what it picks up, Kennedy said.

“The remote is a strange tool in that it can tell you a lot,” Kennedy said. “If your remote doesn’t have a slash, decimal, or star next to the zero key, then it is probably not capable of receiving digital channels at all.”

A problem brought on by the switch from analog to digital are the difficulties the school is having with TiVo, Kennedy said.

“The problems with TiVo are their own issue,” Kennedy said. “Their program isn’t functioning with the decimal system, but we have sent them a lineup request and are waiting for them to make the changes.”

Kennedy said that with so many students using TiVo’s products, it would be a mistake on the company’s part not to have a plan.

Amanda, a TiVo customer service representative who declined to release her full name because of company policy, said the company is aware of the problem and is working as fast as it can. She said a lineup request usually takes five to seven business days to process, but sometimes it may take longer.

The university is working with Campus Converters, which has a limited supply of Tivax converters for $85
Contact Patti Sellers with TCU Connect to purchase one and have it delivered to the TCU Connect office.