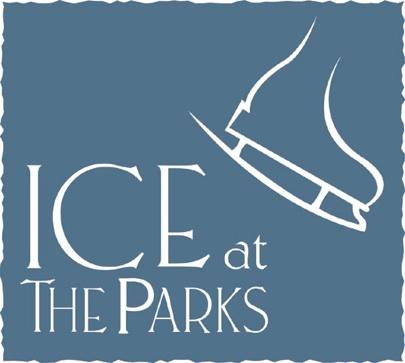 It’s spring time in Texas and summer is quickly
approaching. What better way to escape than
on a 210-foot patch of ice?
For only $9, the general public can rent skates and
hit up ICE at the Parks at Arlington, an Olympicsize
skating rink.

Open for interested skaters, birthday parties,
skating lessons and hockey leagues, the rink,
which is located in The Parks mall, has become a
local staple for youth and adult time-killing.
Of course, for some, moving on ice with blades
attached to their feet might seem like a foreign
or even intimidating concept.
No need to worry. The ice is occupied by
skaters of varying skill. It has got the standard
Wildlife on the trails is hit or miss depending on
the time of day you arrive. If you reach the trails
before 9 a.m., the odds of seeing deer are a little
bit higher, and for the most part the animals do
not scare easily. This is not advocating walking
up next to the wildlife in a Ghillie Suit, but if you
are quiet, you could spot a small fawn.
If you are a fan of bird-watching, some hawks
drift overhead throughout the day, giving another
peaceful addition to the trail. The crowning
moment of wildlife searching at the trails is the
bison preserve in the Nature Center.
A few hours spent away from the sounds of the
city is all it takes to find tranquility in the harsh
reality of the daily grind, and Canyon Ridge Trail
is the place to find that peace of mind.
8212; Marcus Murphree
The snack bar selection is normal for an entertainment
center, but at $2 a hotdog, you may
want to bring your own food.
Outside, the miniature golf course is very cute,
with statues of zoo animals and fun colors.
The 54 holes don’t list a par, so those who
enjoy the challenge of trying to sink their ball
in a lower than average number of shots will
instead have to be content with competing
for the lowest score among their friends. Each
hole is also somewhat shorter than an average
miniature golf course, so if you’re looking
to prolong a date, you may want to play
multiple games.
wall-huggers, the “Hey, look I can do it now”
skaters, double axel semi-pros and every type
in between.
Young girls with shiny, new white skates and
burly men with intimidating hockey contraptions
strapped to their feet can be seen at the rink.
ICE at The Parks offers a cheap answer to boring
Thursday nights. From 7-8 p.m. every Thursday,
the rink has “Cheap Skate.” For $5 a couple gets
admission, skates and, hopefully, a good time.
Skating is not the only way to have fun at the
rink. Several youth and adult hockey leagues call
it their home and everyone is invited to watch.
It doesn’t get much better than stubborn dads
on ice in an amateur hockey league … at least
that’s the rink’s staff consensus.
With so much to do on the ice, it’s almost not
fair that outside of its Plexiglas walls is a land of
shopping, food and additional entertainment.
Too cold from the ice? Grab a hot pretzel or a
steaming cup of coffee. A little tired from an
intense skate around the rink? Check out what’s
playing at the mall’s movie theater.
It all boils down to people having a relaxing and
fun time participating in something that they
probably don’t do too often if at all.