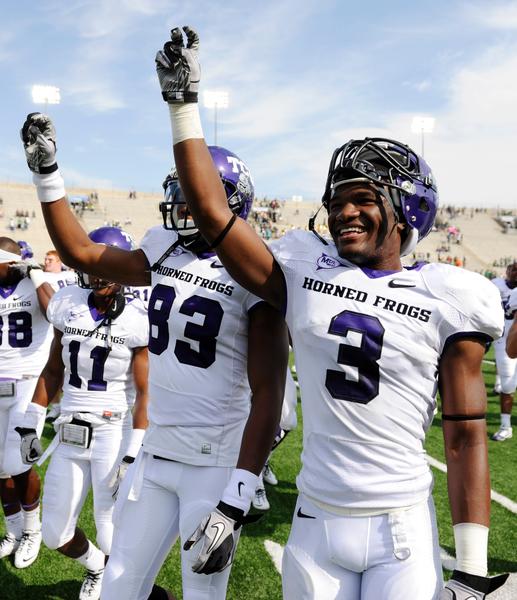 Even though the Horned Frogs are the No. 5 team in the nation, the only ranked team in Texas and surrounded by polls, critics and BCS dreams, head football coach Gary Patterson said he is keeping his team focused, one game at a time.

“It’s about like every other walk of life,” Patterson said. “Every day you’ve got to prove yourself that you belong in the space that you stand on.”

Patterson said he is often more animated when his players aren’t playing with energy, and doesn’t have to be animated during emotional games like at SMU. He also said doesn’t easily forget how easy it is for a team to slip after a few successful years.

“You’ve just got to play every week,” Patterson said. “We’ve got seven games left, and we need to try and find a way to win by one point, and it starts with this week with Wyoming.”

Patterson said he needs to keep his team focused against a Wyoming team that has already played three Top 25 teams.

Senior wide receiver Jimmy Young said he follows the teams that play the same teams TCU does but tries not to worry about other teams’ performances.

“As a player, all I can do is play,” Young said. “Let others worry about style points or how many points we put up on them.”

During the weekly media luncheon Patterson also talked about all of the factors that go into the preparation of a game, including when team members eat, how they travel and even taking their cell phones away the Friday before a game. Patterson said most people don’t think about factors such as players who are afraid to fly on the plane to away games.

Patterson said that while starters may get all the glory, it’s the backups who are crucial to the team’s success.

Roth was recovering from a shoulder surgery during the offseason before earning a starting spot on the offensive line.

Are you a rising junior? Doing this can land you full tuition for your...