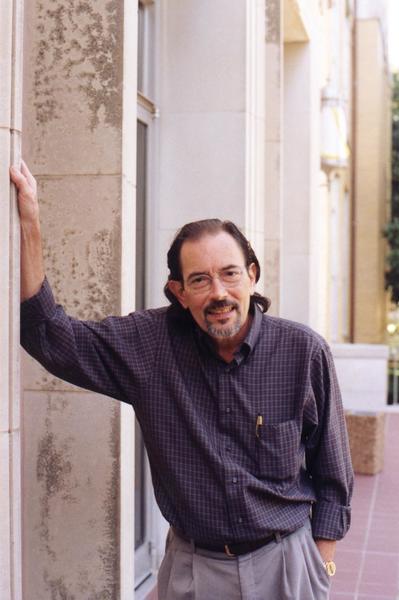 After 35 years at TCU, philosophy professor Gregg Franzwa will officially retire from teaching in June and said he plans to write books, spend time with his 12-year-old daughter and invest in the stock market.

He said he felt it was time to step aside and let someone new take over the program, and it was financially possible for him to do so. Franzwa is currently on leave this spring and said he is excited about his retirement.

“I have continuing, positive bonds with TCU and its students, but it just feels like it’s time,” Franzwa said.

Blake Hestir, an associate professor of philosophy and the department chair, said he was hired by Franzwa and considers him a friend. Hestir also teaches Introduction to Philosophy with Franzwa, he said.

Michael Butler, associate dean of AddRan College of Liberal Arts, said ever since he had met Franzwa in 1986, Franzwa and philosophy professor Richard Galvin had been the core of the philosophy department at TCU. Butler said although he has never seen Franzwa teach in the classroom, he has been a mentor to younger faculty members and students.

“He is something of an institution, not just in the philosophy department, but in the college and across the university,” Butler said. “He is a neat guy and he will be missed.”

Collin Yoxall, a sophomore political science major, said he appreciated having Franzwa for a class his first year at TCU because he admired Franzwa’s knowledge of philosophy.

Hestir said Franzwa expressed an interest in coming back for guest lectures and would still be around the university after beginning his retirement.

“I’m sure his students are going to miss him,” Hestir said. “He’s a much-loved, appreciated professor.”

Franzwa has a master’s degree in finance and said he planned to get back into the stock market. Decades of teaching had not provided him with lots of free time to play in the stock market, he said, but retirement will provide him the opportunity to properly invest, especially since he has been studying the market for the last six months.

In addition to the stock market, Franzwa said he wanted to invest in writing books, including one about his concern for higher education in America.

Although he said he was happy to retire, he said he could feel differently in six months.

“Thirty-five years of addressing rooms full of people who are writing down what you say 8212; that may be harder to get over than I think,” he said.