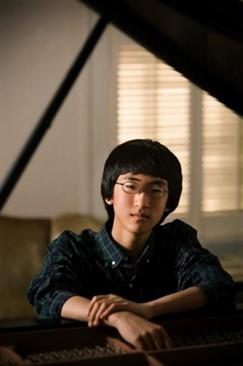 Three years later, Hong is putting on a solo benefit concert for Garrison and his family after Garrison was recently diagnosed with Burkitt’s lymphoma, a cancer that affects the lymphatic system, which has forced him to leave work.

“He is such a caring, sweet and kind man, and I know he needs help,” Hong said. “I am able to volunteer my time for a good cause, so I’m looking forward to it.”

Hong, a piano performance major, said the concert will take place in Steinway Hall in Fort Worth because the owners offered to host the concert for free.

Janna Garrison, Jack Garrison’s wife, said the salon has done many benefit events in the past, but she never thought their family would be the one on the receiving end.

“When Jack met Sam he instantly felt a connection with him,” Janna Garrison said. “To see such a young man doing such great things and to be a part of that made Jack feel good.”

The benefit will help the Garrison family with various expenses since Jack Garrison is the sole provider for the family, Janna Garrison said. She said it takes a lot of stress off him knowing that his friends are family are helping, and all he has to worry about is becoming cancer free.

Jack Garrison has already gone through his first two chemotherapy treatments and has three more to go, said Kenneth Phillips, Garrison Moore Salon’s artistic director. He is weak, but the tumor is gone, Phillips said.

“I have known Garrison for seven years,” Phillips said. “We are more than just co-workers. We are close friends, and I know he and his family are going through a hard time, and we as a staff are helping out as much as we can.”

Cordila Owings, Hong’s guardian, said she hopes the benefit concert will encourage people to give back to the Garrison family and help them in their time of need.

No ticket purchase is necessary, and all donations are tax-deductible.