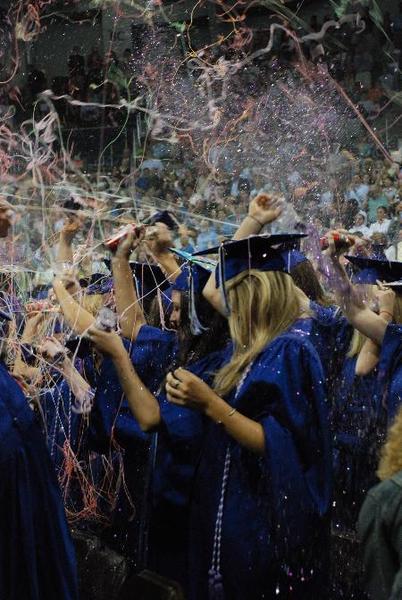 While many students worry about what’s to come after graduation in May, some already have big plans.

Michael McGraw, a senior accounting and finance major, has his future planned out for the next few years. He said it’s common for accounting majors to get internships that lead into full-time jobs.

McGraw had an internship with PKF Texas, an accounting firm in Houston throughout the first half of this semester. He said during his last week there, his supervisor offered him the opportunity to become employed full time if he gets enough credit hours to take and pass the Certified Public Accountants exam.

McGraw said this means he will be enrolled in TCU’s graduate program for accounting for one year after he graduates. But he said having this stability has put him at ease when it comes to his future.

“Because I have this job offer in my back pocket, I’m not too worried about my accounting future,” McGraw said. “All I have to do is go to school for the next year and pass all my classes.”

Other seniors, like Lizzie Richardson, also have to go to graduate school to pursue a career in their fields.

Richardson, a psychology major, said she wants to be a premarital counselor. She said she isn’t excited about going to more school but is happy that she will be enrolled in courses that interest her more than the core classes she took as an undergraduate student.

“I’m not ready to be a grown up yet.so I consider myself lucky that I get to postpone that for a couple more years,” Richardson said.

Danielle Desjardins, a senior nursing major, said she already has a job at Baylor University Medical Center in Dallas. She said she is comforted knowing that she has something lined up so quickly after graduation. Desjardins said she has many nursing friends who don’t have plans, and that worries many of them.

She said she started applying to jobs in January so she was ahead of the game. She also said her father is a businessman who interviews people on a daily basis, and she had him help her prepare for interviews. Desjardins said she thinks this preparation gave her a leg up on the competition.

Executive Director of Career Services John Thompson said he couldn’t give specific numbers on the percentage of graduating students who got jobs or are going to graduate school. He said they have attempted to figure out a way to do so, but haven’t had any luck yet.