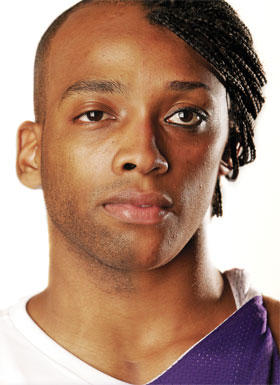 When you look up the term ‘point guard’ in the dictionary, the definition reads: A guard who runs his team’s offense, usually from the point. According to TCU’s point guards and basketball coaches, though, this job entitles much more than that. Brent Hackett, a sophomore point guard for the TCU men’s team, lists off a number of tasks he is responsible for while bringing the ball down the court.

“It depends on if it’s a fast break or not. You have to see who is open, read the defense and see how many people are back,” Hackett said. “Before you set the play, you have to read what type of defense they are in; whether it is zone or man-to-man.”

And just think – those are only a portion of the tasks the point guard is responsible for while on the court. That is a large part of the reason coaches, such as TCU head men’s basketball coach Neil Dougherty, believe having a good point guard is the key to success at this level, even more so than a dominant big man such as Greg Oden..

The science of chemistry

Although a team may have the necessary elements talent wise to claim a winning basketball program, there are still other intangibles that go into a winning formula. One of these things is team chemistry. And believe it or not, the point guard is largely responsible for that too.

Hackett said managing that team chemistry while being a vocal leader is the toughest part of his job.

“It is real tough having to be a vocal leader and having enough guts to put people in their place and still try to be their friend,” Hackett said. “In high school, you can do more leading by example, but in college, not everyone is on the same field, so you have to do it in a way that you aren’t offending them, but still getting your message across.”

Junior Neil P. Dougherty, also a point guard for the men’s basketball team, said the hardest part for him is dealing with the expectation of near perfect execution.

“You know no one is perfect, but you have to be the most perfect one out there,” Neil P. said. “You have to make decisions for your team in hostile environments and make decisions on the fly.”

So one may think that with managing their team on the fast break, setting plays and keep the team chemistry at a high level, the point would have little room for anything else to worry about. Yet the point must still account for the defensive side of the ball.

Dougherty said he expects his point guard to set the tone defensively for the team.

“We expect a great deal of ball pressure from our point guard,” Dougherty said.

Both sides of the ball

“Something that doesn’t really come up on the stat sheet that I notice while watching film is how many layups or easy baskets we gave up,” Neil said. “Easy baskets are normally given up from disorganization while defending the break and orchestrated by the opposing point guard.”

The thrill of going against the opposing guard is what sometimes drives that other guard to perform at his highest level and, at the same time, please both the coach and teammates.

“I took the most challenge and responsibility for that game,” Hackett said. “We played against each other a couple times in high school, and it kind of just carried over to college.”

Since the point guard is the one primarily handling the ball for his team, it is a fine line to walk to not make opposing matchups too personal and affect the flow of the team.

That is where the difference in point guard play is seen. Throughout the history of the game, there have been point guards who would be considered score-first guards and those who are viewed as the definition of a “true” point guard, looking to get teammates involved first and foremost.

Hackett said he considers himself the former of the two, but said he does whatever is asked of him on this team.

“I think of scoring first, but with the role I had to play on this team, it was mostly pass-first and scoring as a second option,” Hackett said.

Hackett said he does not allow his shoot-first mentality to affect the way he plays the game.

“Even though I think ‘score-first,’ I’m not a selfish player,” Hackett said. “I won’t be mad just because I don’t score 15 points or something, but if I had five turnovers and no assists then I will be mad at myself for not having a good game.”

Dougherty said he actually prefers a combination of both types of guards to run his teams.

“We push the ball so hard in transition, you’ve got to have a point guard who is aggressive and capable of scoring,” Dougherty said. “He doesn’t need to be our leading scorer, but I do like to get points out of that position.”

Adrianne Ross, sophomore guard for the Lady Frogs, said balancing that fine line is what led to her best game as a “true” point guard against a ranked Arkansas team her freshman year.

“I had to switch to a different role that game,” Ross said. “The entire year I had just been getting the ball in to Sandora (Irvin), but she didn’t play that game, so all of a sudden I had to score.”

Dougherty said responsibility is one of the most important virtues of his point guards’ game. He said they must be responsible for not only themselves, but his teammates as well.

“He’s the person with the ball in his hands the most offensively and guarding the ball the most defensively,” Dougherty said. “It’s a position of responsibility. They should be able to handle the ball, shoot the ball and bring a certain level of toughness to the game because there is so much of your team’s competitive spirit revived through that position.”

Neil P. stressed the responsibility of having accountability for him and his teammates as well.

“Offensively and defensively, you have to make sure everyone is organized and where they need to be, which requires knowing their jobs as well as mine,” Neil P. said. “I have to know where my teammates like to catch the ball and notice advantages and disadvantages on the court.”

Dougherty said there is approximately 20 to 25 plays the point guard has the access to every game. He said those plays include – but are not limited to – out-of-bounds plays, shot-clock expiring plays, and free-throw and press-offense plays.

One statistic all three mentioned that point guards cited as a key number was the amount of turnovers they get in the game.

“After the game, I always check my turnovers and what other mistakes I made that night,” Ross said.

Neil P. said he checks not only his turnovers, but how many field goals his team had compared to its total number of assists.

Dougherty said that although the amount of turnovers from his point guard are highly important, that statistic can sometimes be misleading.

“It all depends on how the game went because a low number of turnovers doesn’t always mean they were doing what we wanted,” Dougherty said. “They could have no turnovers, and we could be disappointed they weren’t aggressive enough. A great number of assists and a good shooting percentage is probably an indicator of a pretty good game.”

Hackett said that above all else, he must be a leader for the Horned Frogs next season – after their 6-25 season in 2005-2006 – while running the point guard position in his third year.

“I can take all the negativity from this past season and turn it into a positive next season,” Hackett said. “If anybody gets down on themselves or we start doing bad for a while, I can say, ‘OK, we’ve been through this before. We’ve done this and we know it can’t get any worse than before.’ So yeah, I definitely see myself as more of a leader next year.”

Those sound like the words of a “true” point guard.