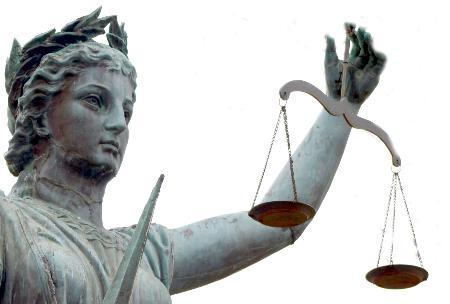 People are arrested every day. It is a common occurrence in our society. On Saturday, however, one particular arrest delivered worldwide shock waves and is slowly becoming an international incident.

Roman Polanski, a film director who made classics such as “Chinatown” and “The Pianist”, was apprehended Saturday in Switzerland for possible extradition to the United States.

After he was accused of sexually assaulting a 13-year-old girl in 1977, Polanski fled to France to avoid sentencing, leaving the case wide open.

His arrest this week sparked protest for several reasons. Opponents state that he has lived in France unhindered for 30 years and the fact that he is 76 years old and no longer a threat to society should render this case null and void. They even go as far as to say that in this whole ordeal, Polanski is a victim of American bullying.

News flash: Roman Polanski raped a 13-year-old child. He deserves nothing less than extradition and sentencing in a case that he pled guilty and then ran away from.

In the following protests, this apparently insignificant detail gets swept under the rug as people discuss whether or not his arrest was fair.

What is not fair is that Polanski has gotten away with this injustice for as long as he has. No one disputes the fact that a sexual assault occurred, including Polanski himself. He supported this when he retreated to France, a country he knew would deny extradition of its citizens.

The astonishing thing in all of this is the outrage caused by this arrest. Many said he has suffered enough already by living in “exile.” However, in this case, exile means living without a care in France, and winning an Academy Award for his efforts. Alas, he was unable to pick up his Oscar in person in the U.S. because of his outstanding warrant. To some, this is punishment enough for his crime.

Others said he paid for his crime in attorney fees and through damages to his reputation. This is strange, because the law makes no provisions for monetary or reputable compensation for sexual assaulting a minor.

In spite of all this, there is a more important underlying issue that begs to be addressed. There is an attitude in America today that implies just because someone has money, popularity, or is a great entertainer, he or she is somehow exempt from abiding by the law. This attitude is both disgusting and offensive.

If someone down the street had been accused of sexually assaulting a minor, the public would be demanding for his head. But hold the phone. Since Polanski makes great movies, it is permissible to let him pay his dues with something less than justice.

This is the real crux of the issue. Justice is not a popularity contest. Sexually assaulting a child should not be tolerated, regardless of how famous the person is or how good his movies are.

In spite of the circumstances, the basis remains that Roman Polanski committed a crime. And for this reason he should be extradited and sentenced, not pitied.

Anything less would be an injustice.

Shane Rainey is a junior chemistry major from Fort Worth.