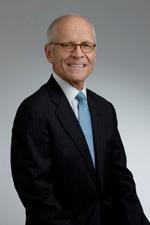 The person in charge of Super Bowl XLV will speak to students and Fort Worth residents about how the Super Bowl will benefit not only the region, but also the university.

Super Bowl XLV will be held at the new Cowboys Stadium in Arlington on Feb. 6, 2011.

Tony Fay, director of communications for the North Texas Super Bowl XLV Host Committee, said the university has been a great partner to the committee so far.

“It’s where the AFC Champion will be practicing,” Fay said. “(Lively) wants to spread the word about why this is going to be a great opportunity for the region and for TCU.”

The impact of the Super Bowl will be more than just economic, Fay said.

The AFC Champion team will stay in Fort Worth and use the university’s practice facilities for all of their pre-game training and preparing.

“The great legacy of this Super Bowl will be that we’ll have a region that works better together and is able to execute things with a spirit of togetherness that hasn’t been seen in quite some time,” Fay said.

The last time the region worked together to accomplish something was when the airport was built 35 years ago, Fay said.

O. Homer Erekson, dean of the Neeley School of Business, said Lively will talk about some of the Super Bowl XLV plans.

“He’ll be able to build that excitement and let us all see what the plans are, and how we can get involved,” Erekson said.

Chancellor Victor Boschini said having Lively speak will give students, faculty and staff the chance to understand what the committee is trying to accomplish.

“Anytime we have the opportunity to have community leaders like Mr. Lively speak on campus, it is a win for TCU,” Boschini said.

He served as the host committee’s volunteer president and CEO starting in September 2007 before taking the full-time position.

Lively was president and CEO of the Dallas Center for Performing Arts before getting involved with Super Bowl XLV, according to the committee’s Web site.

He also spent 25 years with Southern Methodist University in administration and as a faculty member and 23 years as director of the Dallas Cowboys Band and game day executive entertainment producer, according to the committee’s Web site.

Lively was in charge of producing the entertainment for Super Bowls XII and XIII.

Cost: Students are free, $20 per ticket for visitors