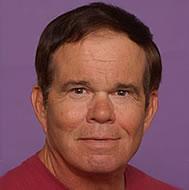 Advertising professor Mike Wood was honored as Outstanding Advertising Educator for the 2009-2010 school year by the American Advertising Federation convention in April.

Tommy Thomason, director of the Texas Center for Community Journalism and journalism professor who attended the AAF convention in Amarillo, said that upon receiving the award, Wood was met with a standing ovation by the more than 300 advertising students in attendance.

“(The) reaction of the students when they heard what Mike has done, all of his decades in advertising. you could tell the students were thinking, ‘Wow this guy must be pretty special,'” Thomason said.

Wood said he was both surprised and in awe of receiving the award.

“I never really realized I would get that high of an honor,” he said. “I’ve never really looked at this as recognition for myself. I just looked at it from the student perspective. I’m so used to seeing my students stand on the stage instead of me.”

Thomason said that he felt the honor recognized Wood’s part in TCU’s success in the National Student Advertising Competition.

“I think that’s the nature of this award is the realization that this is somebody who took TCU when we weren’t even in the competition and has made us a national powerhouse,” Thomason said.

Wood, who has worked in advertising for over thirty years, coached the university’s NSAC team since 1999.

“I got a call from Jack Raskopf, who is no longer at TCU, and he asked me to come to TCU and revitalize the NSAC competition,” Wood said. “So that’s what I did.”

Under his direction, the university NSAC team has become one of only two schools in the competition’s 37-year history to have placed in the top ten in the national portion of the competition for three consecutive years.

Collin Howell, alumni and member of the 2009 NSAC team that finished ninth in the nation, said that Wood was a passionate and dedicated teacher.

“Mike was there with us for every meeting we had and our campaign would have sunk without his help,” Howell said. “Like everything he does, Mike put his whole heart into the NSAC each year he did it, and there are alums in their thirties now who would agree with me.”

Wood said he has felt privileged to work with students at the university because of their excitement and motivation to become the best.

Wood will retire from TCU at the end of the spring 2010 semester.

The Fort Worth Advertising Club also honored Wood in the month of April, by donating $1,500 to the American Advertising Federation to name him as a Lifetime Advertising Education Sponsor.

Advertising Education Sponsors, Wood said, are committed to giving money to the AAF to further the NSAC competition, provide internships and scholarships for AAF student members, and help them to network with recruiters.