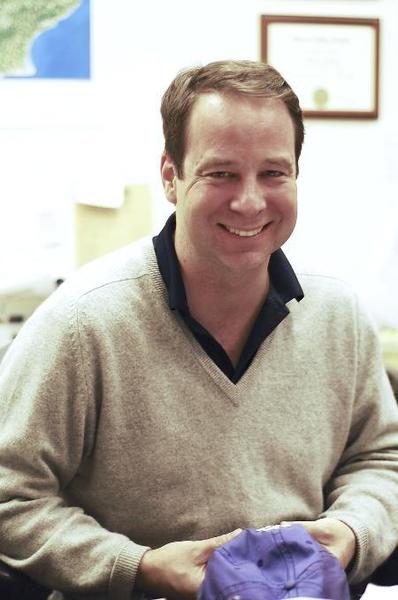 Economics professor Stephen Quinn has a theory about saving the economy, and The New York Times Magazine noticed.

The magazine published Quinn’s theory – the Quinn Solution – in its “Year in Ideas” issue last month.

Quinn proposes to set up a government-sponsored corporation that would swap debt for ownership of the corporation’s stock by putting all U.S. mortgage-backed securities in one pot that would be distributed in equal shares to the banks contributing to the pool. There is a lot of debt that banks cannot sell because those securities are all unique, and no one really knows how much they should pay to buy them, Quinn said.

The online auction site eBay is a good way to illustrate this point, Quinn said.

“EBay makes its living on learning to sell one-of-a-kind things,” Quinn said. “No one really knows how much to sell a unique salt and pepper shaker for, so you put it on eBay and find out.”

The ultimate goal of taking these different assets and putting them together is to create a price that can be bought and sold, Quinn said.

“All the banks give up heterogeneous assets and in return get an equal claim on a common thing,” Quinn said. “When you get a lot of the same thing out there, the whole market can pop up fast because then people will buy and sell because they know a set price.”

Quinn said he borrowed the idea from the English government when it was in a similar situation in the 1690s. England was greatly indebted from borrowing money for wars before implementing the concept of common assets to create a set price that everyone could agree on, he said.

Quinn said getting his idea published in The New York Times Magazine was not his original intention. He was approached by Stephen Mihm, a writer for the magazine, after Quinn posted his idea in a blog on the Wall Street Journal Web site last September, he said. He was contacted by Mihm to verify that it was indeed his blog post before asking if the magazine could publish his idea in its prestigious annual issue, he said.

The issue compiles ideas that helped make the previous 12 months “for better or worse,” according to the magazine.

“I tossed out a blog and they liked it, and it just picked up from there,” Quinn said.

Chancellor Victor Boschini said he was excited for Quinn’s accomplishment and glad that he was receiving proper recognition for his outstanding work.

“Anytime you get something you wrote in The New York Times, that’s a big deal,” Boschini said. “It’s a really wonderful accomplishment. We have a lot of faculty at TCU who are experts in their area, so it’s just nice to see one of them recognized.”

Despite national recognition and peer approval, Quinn said that hasn’t been the most rewarding part of the experience.

“The best part of the experience was making my mother happy,” Quinn said. “Having your picture in The New York Times without being indicted will make your mom happy.”