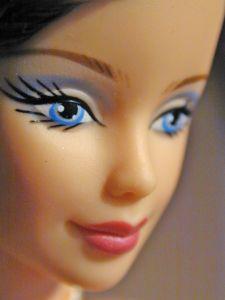 Barbie is about to turn 50 years old.

But not in West Virginia if Rep. Jeff Eldridge has his way.

Eldridge introduced a bill to ban the sale of the iconic doll because it “promote[s] physical beauty to the detriment of girls’ intellectual and emotional development,” according to the Pittsburgh Post-Gazette.

This is ridiculous. While it will give late-night comedians something to joke about, it is not amusing that our legislators are wasting time when they should be focusing on the country’s economic situation and other pressing issues.

It’s as ridiculous as Congress’ considerable attention to steroid use in baseball when there are so many more important situations that should be demanding its attention.

Blaming Barbie for creating stereotypes is just as foolish as it is unfair. It’s like blaming forks for the nation’s obesity problem.

While the underlying cause is an important one, the fact is that materialism and obsession with physical beauty are hallmarks in this country. Children have to be able to find self-esteem from their family, not from a toy, and it is unfair to place the blame on a doll.

This bill seems more like a publicity stunt than a well thought out solution.

Congress spent so much time on the steroids issue because it was a safe way to be mentioned on TV without talking about key issues. This bill reeks of the same logic, and it fosters an environment that lacks in productivity.

Barbie has been around for a long time and has enjoyed enormous popularity, and lawmakers would do well to focus on serious issues and let her celebrate her 50th birthday in peace.

Shane Rainey is sophomore chemistry major from Fort Worth.