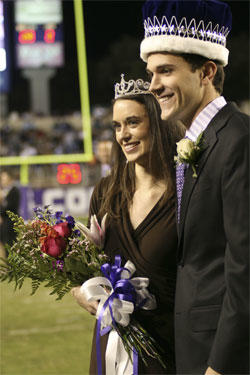 PC Director Aaron Wolfe said the events went great and the whole council was very pleased with the results.

“It could not have gone smoother,” Wolfe said. “Attendance was really high at all of the events, and everything was very well organized, especially Frog Follies, which we had down to 10-minute increments.”

Wolfe said he was impressed with this year’s Battle of the Bands winner, Third Ordeal. “They have only been a band for a few months,” Wolfe said, “and they played four songs, two of which were newly written just before the event.”

Appel said PC encourages students and faculty alike to get in touch with the council office if anyone has any ideas or improvements regarding next year’s events.