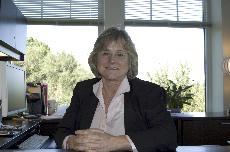 From her new office on the top floor of the recently renovated Bailey Building, Mary Patton sits as the interim dean of the College of Education. Formerly the associate dean, Patton assumed the role of interim dean at the beginning of the 2008-2009 academic year, following the retirement of former dean Sam Deitz.

Patton, who grew up in Austin, has earned three degrees from the University of Texas at Austin, including a doctorate in early childhood education. She worked for 17 years in the public school system as a teacher in special and regular education, and then taught at the University of New Mexico for three years before coming to TCU in 1994.

Q: How were you selected to be the interim dean and are you going to be the dean for the entire academic year?

A: I was associate dean for two years, and when Dean Deitz announced his retirement, Dr. (Nowell) Donovan came and talked to the faculty and asked them to send him names of people that they felt they could support in the interim dean position, and the majority of the faculty submitted my name. I was interested in doing it, and I will be interim dean through May. Dr. Donovan is putting together the search committee for a new dean as we speak.

Q: Will you be considered for the dean’s post?

A: I can apply if I want to, and as of right now, I am leaning in that direction.

Q: What are your goals as interim dean?

A: In the annual report in June, I listed the goals that we have all agreed to, such as getting funding for our centers and institutes and also taking a look at our graduate programs. We are doing an audit of our graduate programs and need to make sure that we are being competitive and that we have enough funding for our students so that they can afford to come here. Then at our recent retreat, we did an activity where the entire faculty, in a short period of time, wrote as many goals as they had for their own profession and also a goal for the College of Education. So we are using those kind of as our beacon toward the end of the year.

Q: What drew you to come to TCU?

A: I really liked the idea of working in a university that had the teacher-scholar model in place; I wanted to be in a place where that model is balanced and where excellent teaching is not only expected, but rewarded and acknowledged, so TCU was a good fit for me.

Q: What drew you to the field of education in the first place?

A: I have four brothers, and all four brothers had learning differences. So, as one of 12 children, I did a lot of teaching of my brothers who were of my age. I also went to Catholic school, and the older kids in Catholic school would go and work with the younger kids, and I was always drawn to that. So I really was involved in working with kids through volunteer work throughout high school. I also taught swimming lessons starting in high school all the way through college, and that is how I put myself through college, so it is just a part of who I am. I majored in special education because I just felt I had a calling to work with kids who struggled with learning.

Q: What is in your iPod right now?

A: Well I have an iPhone, and right now I get all the Starbucks free downloads of the week, so I am always getting introduced to new artists. I haven’t downloaded the new Willie Nelson and Wynton Marsalis yet, but that’s the newest CD I picked up. I have three kids in their 20s and my daughter is often sending me music and making me CDs. I love jazz, and when I’m working I like to listen to classical. I also love country, like Willie Nelson and Lyle Lovett.