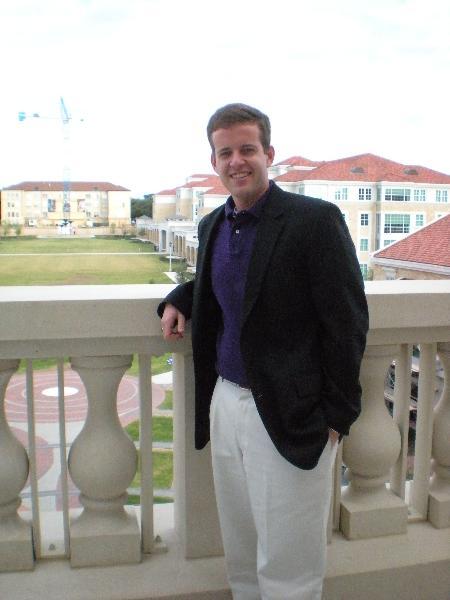 Thomas Pressly, president of the Student Government Association, is near the completion of his term in office, which also ends his four-year affiliation with SGA. Pressly, a senior communication studies major and member of the Sigma Phi Epsilon fraternity, became involved with SGA his freshman year as a representative for the AddRan College of Liberal Arts. The SGA officer candidates will know their positions Nov. 4. The new officers will be sworn in and begin their terms in January.

Q: How much time did you dedicate to SGA as opposed to school work, Greek life and other student organizations?

A: School has always come first to me. My grades are important to me. I’ve learned since being Speaker (of the House) how to delegate my time better. Grades were my first priority, then SGA followed with other affiliations, whether it be Greek or student groups.

Q: When you were elected SGA president last year, what were your goals for SGA?

A: I worked closely with (former president) Jace (Thompson) when I was vice president to work on off-campus dining, all 24-hour access to the library and the Mountain West (Conference) Summit. Those three goals were my priority. We knew pretty quickly that we were going to have off-campus dining and the 24-hour library access as well. I think those two things will affect students not only this year, but when I come back in 15 years. I can’t imagine that TCU won’t have those privileges provided for students.

Q: What goals did you have for yourself?

A: I wanted to make sure to delegate well and to make sure that SGA accomplished the goals that we set. The eight people in cabinet have been tremendous. I have pushed but if you look back on this year, which I do often, you see how much we have changed and how much SGA has changed.

Q: What roadblocks did you run into during your term?

A: I think time was the biggest roadblock. Student body president is a one-year deal, and it’s neat to be able to work on projects that you have personally, but it’s impossible to accomplish your ideas in a large part. The university moves a lot slower than the student body wishes, but it still is very quick in the scheme of things, but having a time perspective is the biggest roadblock.

Q: What advice you would give the next SGA president?