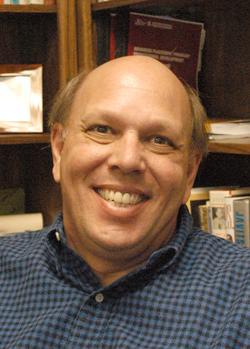 Q: Do you think the American Recovery and Reinvestment Act will pass through the Senate unchanged and reconcile the House version, and will President Barack Obama have the bill signed by Presidents Day, as was his goal?

A: It’s feasible. I don’t know if it’s advisable. The Senate bill that is coming forward is somewhat different than the House bill, and the Senate Republicans have come forward with a dramatically different bill, so we’re going to see some negotiations over the next three to five days. The question that is going to ultimately confront President Obama is, just how much negotiating does he want to do with the Republicans? His desire is to come out with a bill that is supported by at least some mainstream Republicans. He’s willing to make changes, and it seems like some relatively large changes, to accomplish that task. If after all the negotiation, you still have unanimity in opposition to the bill, he is ultimately going to be confronted with the question of whether bipartisanship is worth it or if the fact that he has a working majority in Congress already is sufficient to move forward.

Q: Do you think Obama has done enough to involve the Republicans in Congress?

A: Eight years ago when (President George W.) Bush came into office, he had a bare working-majority in Congress, and of course he won the election while losing the popular vote. He chose to govern by rallying his base rather than trying to broaden his coalition. I think that Obama wants to set a completely different tone than that. Clearly he has done enough in terms of talking to and including Republicans in the decision-making and listening to what they have to say. What he hasn’t done is to give as much as the Republican leadership would like for him to give in terms of his proposals. Ultimately, that is where the conflict is going to be.

Q: Do you think Obama has enough of a popular mandate to push the bill forward, or is the economy simply bad enough to necessitate an economic stimulus bill of this size?

A: I think he has plenty of backing for an $850 billion stimulus package. His ratings have declined in the last two weeks but he’s still supported by two-thirds of Americans, and that’s a pretty heavy number. I think if the Republicans’ demands are too high, he’s just going to say, “Look, I won. The people want us to act, they don’t want us to debate about little things that delay action.”

Q: Do you think the economic stimulus plan will jump start the U.S. economy?

A: There are economists on both sides of the issue. Most economists believe the bill is necessary but not sufficient. Paul Krugman, the liberal economist, has said one-third of a loaf is better than no bread at all. He thinks we really need a larger stimulus. The other side thinks that we live in a capitalist economy – what we need to do is let it hit bottom and then it will recover on its own. So what you are left with is a stimulus package that tries to accomplish both of those things. To give enough money to give some indications that recovery is possible and hope that it spurs economic activity.

Q: Do you think the measures taken to help college students and improve higher education are beneficial?

A: Absolutely. In a bad economy there are people who need something to do and we need educated people in our society. It’s a good investment because it makes people who are currently unemployed productive and it prepares us for taking advantage of the economic recovery when it comes. And more students mean more jobs on university campuses.