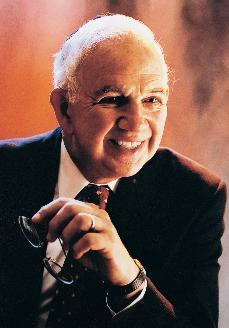 Best-selling author and inspirational speaker Rabbi Harold Kushner will be the guest of honor at the 11th annual Gates of Chai Lectureship in Contemporary Judaism Tuesday in Ed Landreth Auditorium.

The event, which has hosted Nobel Prize-winning laureates, political and social activists, and Middle Eastern policy experts, will address “A Jewish-Christian Perspective on Atheism.”

This will be Kushner’s second appearance at the event, which is hosted annually by the Jewish Studies Program at the Brite Divinity School.

Newell Williams, president of Brite, said the topic, which was chosen by Kushner, is increasingly relevant in today’s society.

“Although the majority of Americans remain religious in their self-identification, it does appear that there is an increase in atheism in this country,” he said. “It will be very interesting to see how Rabbi Kushner, who is known to enrich people’s spiritual lives, will address the topic.”

The Rabbi, author of books such as “When All you’ve Ever Wanted Isn’t Enough” and “Overcoming Life’s Disappointments,” is described as “a healing voice for troubled times” in his book jackets.

Kushner had been a Rabbi for a short period of time in the 1960s when his only son was diagnosed with Progeria, a rare degenerative disease which ultimately took the boy’s life at the age of 14.

Struggling to cope with the tragedy, and also counseling members of his congregation who had experienced misfortune while trying to live virtuously, Kushner said he was inspired to address the doubts and fears when tragedy strikes.

His conclusion, which he says is backed up by religious texts, is that misfortune, perhaps, is just that and not a punishment from God for misdeeds or a test of strength as many believe.

The resulting book, “When Bad Things Happen to Good People,” has sold more than 4 million copies around the world and was named one of the 10 most influential books of recent years by the Book-of-the-month Club.

Rodney Thomas, a graduate student at Brite, and the Brite Student Association has arranged a student discussion with Kushner for Brite students and religion majors prior to the Lectureship at 3:45 p.m. in Weatherly Hall

“He desired to meet with students during his visit,” Thomas said. “I expect different questions from reactions to religious texts to issues in the current election. What he deals with is questions of theodicy.”

Kushner was also named one of fifty people who have made the world a better place in the past 50 years by The Christophers, a Christian inspirational group.