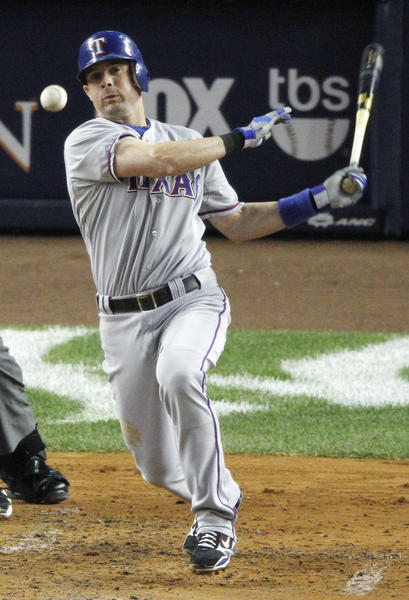 As a lifelong Texas Rangers fan, I’ve come to expect the worst in any situation involving my team, be it spring training, opening day, midseason or September.

On the few occasions that the Rangers have made the playoffs in the past 20 years, I dared to hope, but pessimism was still there. I suppose that goes for any Rangers fan, and let’s face it: The franchise hasn’t given its fans much to cheer about for the last 50 years.

When Texas began this season’s playoff run, my hope actually eclipsed my pessimism for one simple reason: This year’s team is different than any before it, and it shows.

I won’t wax poetic about Texas’ pitching staff, which is arguably the best in the franchise’s history, or has at least performed when the team needed it most. What stands out about this team is its attitude and style.

Through one playoff series against the Tampa Bay Rays and through three games against the New York Yankees, the Rangers have shown that they are exactly what they claim to be: a team that plays without being intimidated and stays loose even when things look bleak.

Having the Rays come back from a 2-0 American League Divisional Series deficit to force a Game 5? No sweat. Texas had Cliff Lee and good baserunning for that.

Having to face the Yankees, with their 27 world championships to the Rangers’ single playoff series win, in the AL Championship Series? Not worried, even after giving up a five-run lead in Game 1. The Rangers just learned from that and held the leads they had on the way to winning the next two games.

It’s great to watch a baseball team that’s having fun, even in the most serious of baseball situations. The Rangers’ style has allowed them to outscore New York 20-8 in the series through three games, and 15-2 in their Game 2 and 3 wins.

Meanwhile, the Yankees struggled offensively in Games 2 and 3 while trying to play catch-up. They went 1-11 with runners in scoring position in Game 2, and Lee put New York’s batters into an offensive coma in Game 3 by striking out 13 and allowing only two hits.

The Rangers said before the ALCS that other teams might be intimidated by the Yankees’ pinstripes, but that they were not. Any doubts about that after the first three games have disappeared faster than Josh Hamilton’s two home runs out of the park this series.

As the series moves to what could be a series-clinching Game 5, depending on Tuesday night’s Game 4 outcome, the Rangers could have another chance at rewriting the franchise history books and giving their fans the most they’ve ever had to celebrate.

No matter the outcome of this season, however, it has been a massive turning point for Texas as a franchise. No matter what happens, the Rangers finally have a postseason performance to be proud of, and pride like that is one ingredient that makes championship teams.