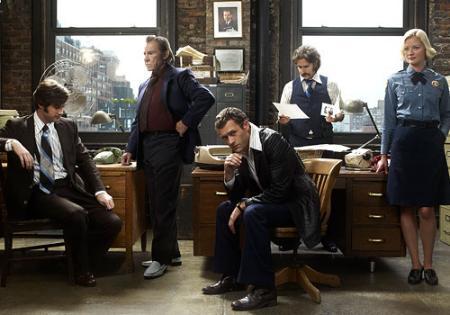 This summer, I picked up two addictions in my free time: computer solitaire and “Quantum Leap” reruns, the latter thanks to the ION Media Networks.

As I reacquainted myself with the adventures of intrepid scientist Sam Beckett (Scott Bakula), I was pleasantly surprised to find a show that’s almost as old as I am still holds up pretty well.

That’s one of the advantages of time travel stories, I suppose appropriately enough: framing their stories in the past gives them a timeless quality.

After my previously documented disappointment with “Fringe,” I had resigned myself to waiting until midseason for a quality drama, and happily “Life” changed all that faster than Tyler found himself in the land of grainy film and a 1970s soundtrack that most iPod owners would kill for.

I wasn’t sure what to expect. I had not seen a single preview for the show until about two weeks before its premiere. And I knew the show had a bumpy history: based on a BBC series, the first pilot apparently tested so poorly that they changed producers (David E. Kelly to Josh Appelbaum, Andre Nemec and Scott Rosenberg of “October Road”), cast (everyone save O’Mara) and setting (Los Angeles to New York.)

Any changes were for the better, as the pilot was the most entertaining show I’ve seen all year.

The thing that makes “Life on Mars” great are the actors. They just don’t play the characters; they live in their world.

And I mean everyone, from O’Mara, saddled with the thankless task of being the outsider, to Harvey Keitel, playing the chief inspector, who’s not so much a cop as a force of nature.

Gretchen Mol especially wins me over as the lone female cop, which in TV land makes her the obligatory love interest and sounding board. Mol gives the role just the right balance of sweetness and dry wit.

Each episode has two mysteries. There’s the “standard victim of the week” plot, and then there’s the ongoing mystery of how Sam got to 1973 and why he’s there. The weekly plots are as solid as any other procedural, with some extra color thrown in by 1970s social anxieties.

The ongoing mystery is what sets the show apart from anything else on TV. As the 1970s and 2000s start colliding, Sam wonders if he’s really a time traveler, if it is one long dream sequence or as the show puts it in the second episode as the “big question mark,” if there is some larger possibility he can’t even comprehend yet. There’s no big question mark on whether I’m intrigued to find out more. I’m sold.

ABC, the network of “Pushing Daisies,” should be very proud that it has given us the best new show of the season for the second year in a row. Like “Daisies,” ABC took a chance on a unique premise. For that alone, “Life on Mars” deserves viewer support. The fact that it’s a great show is just icing on the cake.