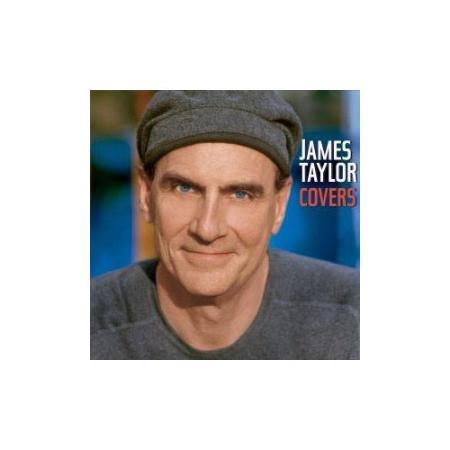 It’s no secret James Taylor embodies the singer-songwriter genre, having contributed to it for almost four decades.

So it may come as a surprise to some that Taylor’s latest album, simply titled “Covers,” features work written only by other artists.

But throughout his career, the 60-year-old has been prone to throw in the occasional cover, and some of those have become staples in his vast assortment of work. It may astonish many fans that the master craftsman did not originate such hits as “Handy Man” (Jimmy Jones), “How Sweet It Is” (Marvin Gaye) and “You’ve Got a Friend” (Carole King).

“Covers,” which was released Sept. 30, provides a few more great Taylor reinterpretations. He doesn’t just rerecord the classics, he puts his own delightful spin on them until they become his own.

The impressive variety of songs makes the album a true success. Taylor’s version of “Hound Dog,” for example, is much more soulful than Elvis Presley’s and evokes the bluesy nature of Big Mama Thornton’s original performance. His take on Leonard Cohen’s “Suzanne” has a laid back, refreshing feel, highly unlike the deeply thoughtful and heart-wrenching original.

Perhaps the most compelling of Taylor’s retellings is one of the youngest songs on the album. His adaptation of “Seminole Wind” is carried out with such soulfulness that it knocks John Anderson’s 1992 release into the minor leagues.

He doesn’t do it alone, however. Over his last several albums, Taylor has managed to bring together some of the most talented musicians in the world to accompany him on his recordings and tours. “Covers” is no different, featuring regular Taylor contributors including backup singer Kate Markowitz, percussionists Luis Conte and Steve Gadd and bass guitarist Jimmy Johnson. The acoustic quality of the album is second to none.

Taylor’s next effort will likely return him to his already conquered domain of original compositions. Until then, we can all appreciate his takes on other artists’ masterpieces, and try not to be surprised when we find that his versions are the ones we will remember.