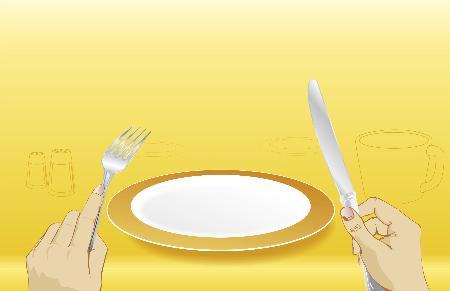 Human meat is very tasty. The variety of breeds and numerous recipes that are out there like Toe Stew, BBQ Shoulder Blades, or Belly Button Shish Kabobs (which go stupendously with guacamole salad I might add) make it a great selection to feed highly-esteemed guests. I also understand the abundance factor since human meat can now be found on every corner, under every rock and in between every crack on earth. But I’ve decided to take a stand against cannibalism for one reason: indigestion.

The biggest concern I have with cannibalism is that human meat doesn’t grow in FDA regulated, sanitized farms where we can feed it specific diets. The quality of human meat these days is too unpredictable. Generally speaking, a human is a dirty, disease-ridden animal. Humans, in their natural habitat, known as the city, also tend to diet mostly on greasy, high-cholesterol, high sugar foods and consume a great deal of toxins like alcohol, marijuana and McDonald’s. Is this what you want on your plate?

But remember when hunting humans, the easiest ones to catch are the sickly and out-of-shape ones. This is an upset stomach pandemic waiting to happen.

If it’s true that you are what you eat, think about what you’d become on a human-only diet: obsessed with television, self-conscious, consumerist and religious. You don’t want that do you?

Sometimes it is necessary to look beyond deliciousness and understand the real health impacts of the food we consume. Despite how juicy, zesty and occasionally crunchy human meat can be, like everything else we eat, its health impact must be considered. The high cholesterol, high disease nature of humans make them a very unhealthy choice to put on the grill every Sunday.

Cannibalism also has another big issue that impedes its widespread practice. It is very impractical to hunt humans. Humans can be clever animals sometimes, which makes capturing them a very complicated endeavor. They have been known for using tools as weapons, hiding in large concrete structures and engaging in frenetic dancing in order to confuse predators. They have also evolved complex communication techniques, which scientists call texting, with which they can quickly alarm its pack of imminent danger. So even though this makes hunting for human fun as a leisure sport, it renders it unfeasible for feeding a large population. Even as an occasional delicacy, like cream-cheese-filled kidney, humans can be dangerous to catch.

On your list of animals you can enjoy, humans should be at the bottom. It is dangerous to hunt and the reward for all the risky effort invested in catching one is a greasy, sickly and potentially toxic meal.

I say we stick to cleaner, dumber animals, like puppies.

Pedro Alejandro is a junior marketing and strategic communications from Guatemala City, Guatemala.